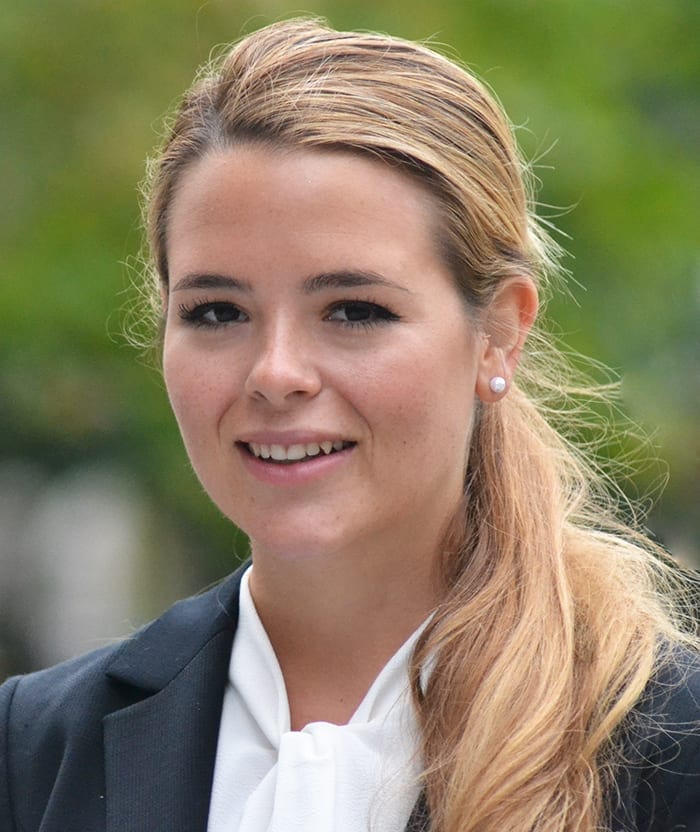 Theodora joined chambers in October 2018 following the successful completion of her pupillage under the supervision of David Maxwell.

Over the course of pupillage, Theodora gained a wide experience of Chambers’ key practice areas and is now receiving regular instructions in her own right to appear in court as well as for pleading and advisory work.

In her spare time, Theodora is a keen classical singer, dog-lover and yoga enthusiast.

Having spent time with a large number of chambers’ employment practitioners during pupillage, Theodora has developed a practice in all areas of employment litigation. Theodora has appeared before the employment tribunal in both case management and substantive preliminary hearings, and is regularly instructed on multi-day final hearings. Theodora has also provided advice and drafted documents in cases which involve:

Theodora acts on behalf of both Claimants and Respondents, including some of the country’s largest retailers. Recent experience includes successfully arguing that a settlement agreement was not without prejudice on behalf of a claimant, and successfully defending a leading supermarket in a multi-day disability discrimination final hearing.

Theodora is also an active member of JJEL; an initiative organising educational and social events to bring junior employment lawyers together.

Prior to commencing pupillage, Theodora gained a wide range of commercial advocacy and legal experience in a number of roles.  She worked for nearly two years in the London office of Linklaters LLP as a paralegal in their Project Finance department, where she assisted in the drafting of key agreements, organised the signing of deals and liaised with high profile clients; she worked pro-bono for the Royal British Legion representing wounded servicemen and women in the War Pensions and Armed Forces Compensation Tribunal; and was a County Court Advocate with LPC Law, being instructed in approx. 350 hearings including mortgage possession claims, landlord and tenant disputes, disposal hearings and insolvency matters.

Having gained all of this experience in commercial matters, Theodora is now an active member of our JCT, developing a broad commercial & chancery practice and receiving regular instructions in her own right to appear in court as well as for pleading and advisory work.