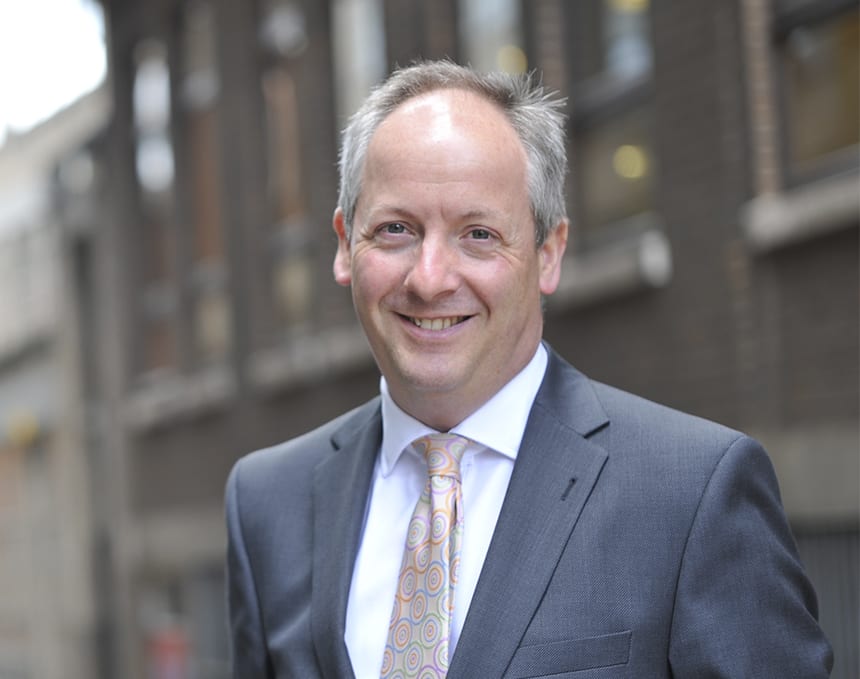 Simon is an experienced and seasoned advocate with over twenty years’ court room experience. Simon is highly professional and comes across as someone who is very good at what he does. He combines this with a friendly, down to earth and relaxed manner which doubtless endears him to clients and colleagues alike.

He has prosecuted on behalf of the Serious Fraud Office, Insolvency Service, HMRC and the CPS (Grade 4 Prosecutor).

He is on lists of Counsel at the International Criminal Court (the ‘ICC’), the International Criminal Tribunal for the Former Yugoslavia (the ‘ICTY’) and the Special Tribunal for Lebanon (the ‘STL’). Between May 2009 and January 2015, he acted as co-counsel as part of the legal team defending Vinko Pandurevic on charges of, inter alia, Genocide and Conspiracy to Commit Genocide before the ICTY.

Simon has considerable experience of appearing before all types of tribunal. He presents seminars and has taught advocacy on a regular basis.

In addition, he is computer literate with experience of Adobe DC pro, Live note, Ringtail and Ecourt systems.

Simon is also a regular contributor to seminars in and outside the UK. In recent times he has presented seminars and/or written pamphlets on matters including :

Operation Barton, described in the Court of Appeal as a case “probably unique in the annals of public disorder in this country in recent times” gives a flavour of the type of case in which Simon is instructed on a regular basis. His regular conduct of Terrorism offences provides ample evidence of his calibre. He is regularly briefed in multi handed cases and is able to marshall effectively substantial volumes of evidence for effective and successful outcomes. His experience in one particular case led to him being invited to the British Embassy in Bulgaria to present a seminar to an international audience on the influence of voodoo/juju in Modern Slavery cases.

Simon has been conducting fraud cases since 1993. He has spent time on the A-G’s List and has prosecuted for the SFO. He was on the list of VHCC Panel Counsel for a number of years and is well acquainted with preparing page heavy cases for trial. He is computer literate and has experience of “Livenote”, “Ringtail” and “Ecourt” software systems. He has conducted the following type of cases:

Between 2009 and 2015 Simon acted as co-Counsel in the defence of Vinko Pandurevic who appeared on a seven handed indictment before the International Criminal Tribunal for the Former Yugoslavia. Pandurevic was charged with, inter alia, Genocide, Extermination, Murder and Deportation arising out of events around Srebrenica in July 1995.

Simon resided in The Hague for five months while assisting in the drafting of Pandurevic’s final brief and preparation of closing arguments. There was a vast amount of information to absorb (upwards of 1m pages of evidence and at least 40,000 pages of trial transcript when he was instructed). During the course of his involvement, he gained invaluable experience of “Live note”, “Ringtail” and “Ecourt” software systems

Simon has substantial experience of business and financial crime which has provided him with a valuable insight to restraint and confiscation work. He has a good grasp of relevant jurisprudence relating to, inter alia, the criminal liability of directors as well as insolvency offences. He is regularly instructed to provide advice and advocacy in cases involving shadow directors and piercing the corporate veil. Simon is also acutely aware of the need to ‘finish criminal cases’ where a PoCA order may be required.

In addition, he conducts seminars on confiscation related issues and most recently has talked on “Criminal Liability of Company Directors” and “Dawn Raids” as part of St Philips Chambers Regulatory Team.

Simon received his first brief in a murder in the year 2000. Since then, he has conducted numerous cases, both defending and prosecuting. Most recently, he has been involved in the cases of :

Simon is a user friendly advocate who is regularly briefed to conduct cases involving serious sexual offences whether historic or recent.

He is acutely aware of special measures and the need to employ them as and when required. His experience of intermediaries and BSL interpreters when defending in a ten week murder in the Old Bailey opened his eyes to the  value such experts can bring to a case.

Listed below are a flavour of the type of case he has conducted :

In addition, he is on the CPS Rape Specialist Panel to prosecute serious sexual offences.

In Firearms and Shotgun work, Simon has provided advice on many aspects of firearms law. He has appeared in the Crown Court on Appeals against revocation or refusals to grant or vary certificates. He has appeared in the Administrative Court on Firearms issues and have also conducted numerous cases on behalf of the Chief Constable of West Midlands Police and Staffordshire Police. Simon advised and conducted a number of cases involving the interpretation of provisions of the Firearms Acts  (“aesthetic quality” – section 7(3) Firearms Act 1968 – Kendrick v CC for West Mids : firearms and “soft air weapons” – Street v DPP [2003] EWHC 86 (Admin) ; revocation of RFD certificates ; ammunition collectors ; sections 11(5) and 21 Firearms Act 1968). In addition, he has represented and advised former members of the GB Clay Pigeon Shooting team, members of the British Association for Shooting and Conservation (BASC) and the National Gamekeepers Association in respect of Firearms and Shotgun Law as well as members of the Firearms Industry. Simon also brought work into chambers by arranging to take Direct Access work from BASC members on firearms and shotgun related problems.

In the last two years, Simon has provided advice and representation on the following type of matters :

Simon has in excess of 25 years experience of conducting cases before many different tribunals. Since 1998, he has been involved in numerous homicide cases before the Crown Court, both defending and prosecuting.

He has honed his skills in regulatory work involving, inter alia, Food Hygiene and Health and Safety at Work cases which are the sort of matters which often lead on to manslaughter issues.

Most recently, he has received instructions to advise a client after being struck off the list of registered nurses where there were alleged failures (a) to notify the Commission for Social Care Inspection of the deaths of a number of residents of a care home and (b) to ensure that appropriate medication was administered to a resident.

In taking on such cases, he is well aware of the duties and potential liabilities to be encountered by an organisation and its members pursuant to the provisions of the CMCHA 2007.

He has presented seminars on a regular basis in the UK and overseas to wide ranging audiences. In doing so, he is always well-prepared, thoroughly researched and able to present information succinctly and instructively.