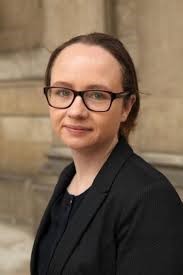 Sarah accepts instructions in the practice areas of criminal and regulatory law. She is regularly instructed in Magistrates Court and Crown Court proceedings.

Sarah is instructed by both prosecution and defence on a range of matters including fraud, violence, drugs and offensive weapons.  Sarah has a keen interest in all road traffic matters having undertaken a specialist pupillage in road transport law. She has an approachable manner and gives clear, practical and realistic advice to her clients.

Sarah graduated with first class honours and secured a prestigious Middle Temple scholarship. She has over a decade of previous work experience and was a solicitor agent for a leading national provider of advocacy services

R v PD – Sarah appeared for the Defendant at a sentencing hearing of a number of sexual offences relating to children, including the possession of thousands of indecent images [of all categories] the Court imposed a sentence of 2 years imprisonment suspended for 18 months.

R v SM – Sarah appeared at an appeal against sentence for a Defendant who had failed to provide a specimen of blood. The Court reduced the disqualification period from 24 months to 17 months.

R v MS – Sarah successfully prosecuted a trial concerning the fraudulent use of a blue badge for the local authority.

R v KR – Sarah successfully prosecuted an appeal against conviction in a trial concerning an assault where the complainant was not supportive.

R v GM – Sarah appeared for the Defendant at a sentencing hearing of a number of charges of fraud. The Court imposed a 2-year sentence suspended for 18 months.

Cheshire Council v C – Representation of a taxi driver who had his license revoked for failure to have a valid MOT on his vehicle.

Cheshire Council v V – Instructed for a taxi driver who had failed to renew his insurance.

Blackpool Council v P – I represented a taxi driver who provided incorrect details when applying for his licence.

I have represented a client whose vehicle was compliant with the rules but had been issued with LEZ penalties by mistake.

I have also represented a client whose vehicle was not compliant with the LEZ rules, and they had not paid the daily surcharge resulting in penalties.  I was able to get a significant reduction on the penalties.

I represented a client who had owned self-contained flats in a converted house.  The property was undergoing extensive renovations and he was accused of having breached the HMO regulations.  As at the time of the renovations the property was not compliant.  Criminal proceedings were brought against the client.

I represented a client who had been issued with a civil penalty for non-compliance with HMO regulations. I was able to show that the regulations had in fact been adhered to and the penalty was revoked.

I represented a client who was challenging the banding of his council tax.

I represented a client who was challenging the amount of his bill and believed he was entitled to single person discount which had not been applied.

I represented a Housing Association who had a restraining order in place to prevent certain persons from accessing a property.

(I have done this on numerous occasions always the same scenario)

Sarah is extremely pleasant and therefore, a pleasure to work with. We would hope to work with her again in the future! Senior solicitor at a leading regional firm
Sarah did a fantastic job given the opposition from Counsel and would ask that you pass on my appreciation. In addition, the report is brilliant and confirms the full details and exactly what happened. I have to say, it is one of the best I have ever come across. Sarah seemed so determined to get the order we required Senior solicitor at a leading regional firm
Call us0121 246 7000