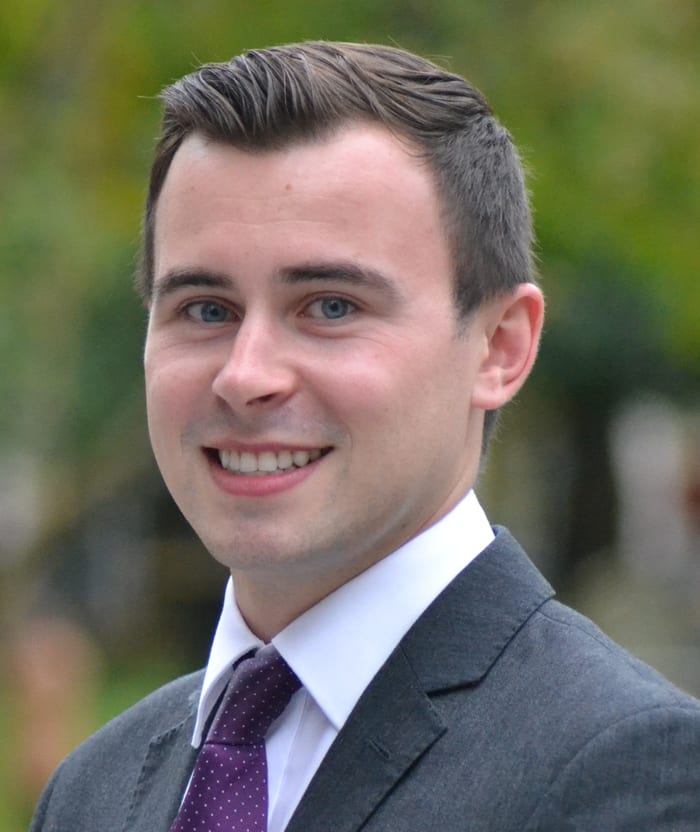 Alex accepts instructions in the practice areas of criminal and regulatory law.

Alex is regularly instructed in Magistrates’ Court and Crown Court proceedings. He is listed on the CPS Advocate Panel for serious crime (level 2) and general crime (level 2)

Alex is instructed regularly to conduct trials in the Crown Court, and conducts pre-trial hearings in cases of homicide and serious organised crime. Alex has also achieved multiple successes in the Court of Appeal, where he has been commended for his advocacy.

During pupillage, Alex spent time on secondment to Birmingham City Council. He has continued to grow his regulatory practice with regular instructions in areas such as noise, waste, food hygiene, trading standards, licensing, financial regulation and prosecutions under the Education Act 1996.

R v Henly [2018] EWCA Crim 2794 – Alex successfully appealed the length of the period of disqualification imposed following a conviction for dangerous driving and driving with excess alcohol. This case has been included in Blackstone’s Criminal Practice 2020 (C3.45) and Banks on Sentence 14th Ed. (234.7).

R v A – Crown Court trial, robbery and assault occasioning abh – prosecution accepted a plea to common assault after cross-examination of the complainant.

Alex has given bespoke seminars to local authority clients on topics including preparing for taxi licensing appeals and non-school attendance trials where his guidance and pointers garnered from his first-hand experience of presenting such matters in court were well received.

During pupillage, Alex spent time on secondment to Birmingham City Council. This allowed him to gain greater insight into the legal practices of local authorities which continues to guide his regulatory practice prosecuting on behalf of local authority clients. During secondment, when Alex was not in court prosecuting a list of regulatory cases, he was managing files and providing advice on cases at a pre-charge stage.

Alex has since lectured to undergraduate students at the University of Birmingham on the topic of Environmental Crime.

R v P – the FBO of a catering company delivering a “meals-on-wheels” service to the elderly was sentenced to a community order for various breaches of Food Hygiene Regulations.

R v MHM – the defendant company was fined £38,000 for breaches of Food Hygiene Regulations following a lengthy sentencing hearing. Breaches included a bucket of sheep’s heads in an outside area used for cleaning pots.

R v Z – Alex acted for the local authority in securing a conviction of the parent of a child not attending school regularly. The case involved a factual dispute as to whether the child was enrolled at the school.

Alex has advised local authorities on Education Act matters, including the scope and application of the ‘unavoidable cause’ defence in s.444(2A) of the Act.

Alex regularly represents respondent local authorities in appeals to both the Magistrates’ Court and Crown Court against decisions revoke, refuse to renew or refuse to grant licences for hackney carriage/private hire drivers, operators and vehicles.

Alex regularly represents local authorities in prosecutions brought under the Environmental Protection Act 1990. In R v IJ, Alex secured a sizeable fine and costs order in full for offences contrary to ss.33 and 34 EPA after business waste was deposited in the Jewellery Quarter, Birmingham.

Alex has also advised local authority clients on a range of environmental issues, including advice in a case of alleged breaches of a Tree Preservation Order.

D and B v B and N – Alex represented the respondents in proceedings brought under section 82 of the Environmental Protection Act 1990 by applicants aggrieved by an alleged statutory nuisance. The applicants and respondents were neighbours in a London apartment block. After Alex was instructed, and following multiple hearings, the applicants offered no evidence and the case against the respondents was dismissed.

R v S – Alex acted on behalf of a local authority prosecuting the operator of an illegal money-lending business for offences contrary to the Financial Services and Markets Act 2000, the Consumer Credit Act 1974, and associated Proceeds of Crime Act offences. Alex also acted for the associated confiscation proceedings.

Alex has advised local authorities on issues related to trading standards. For example, Alex has advised clients on the evidence and appropriate charges under the Road Traffic Act 1988 and the Consumer Protection from Unfair Trading Regulations 2008 in a case involving the advertisement and sale of an unroadworthy vehicle.