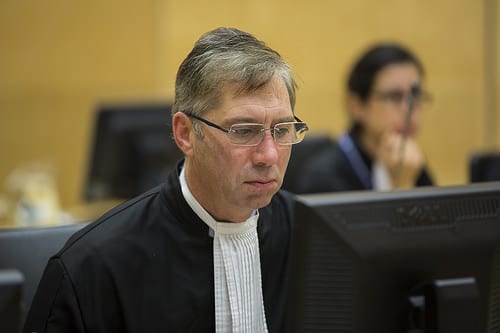 Peter Haynes QC has completed his closing arguments in the case of The Prosecutor -v- Jean-Pierre Bemba Gombo, the third case ever to be closed at the International Criminal Court, which sits in The Hague in the Netherlands.

Peter defends Mr. Bemba, who is charged with two counts of crimes against humanity and three counts of war crime, in his role as President and Commander-in-chief of Movement for the Liberation of Congo.

The potential implications of a guilty verdict in the case were highlighted by Peter in his closing argument, where he stated that ‘if Mr. Bemba is convicted, countries would find it difficult to offer military assistance to others however righteous the cause might be.’

Peter has previously represented Vinko Pandurevic for his role in the Srebrenica Massacre against charges of genocide, and currently acts for the victims in the Special Tribunal for Lebanon, set up to prosecute those responsible for the assassination of the former Lebanese Prime Minister,Rafiq Hariri, in an attack which resulted in the deaths of 23 people.

If you would like any more information on any of Peter’s cases, or in relation to St Philips International work, please contact Chief Clerk Joe Wilson here.