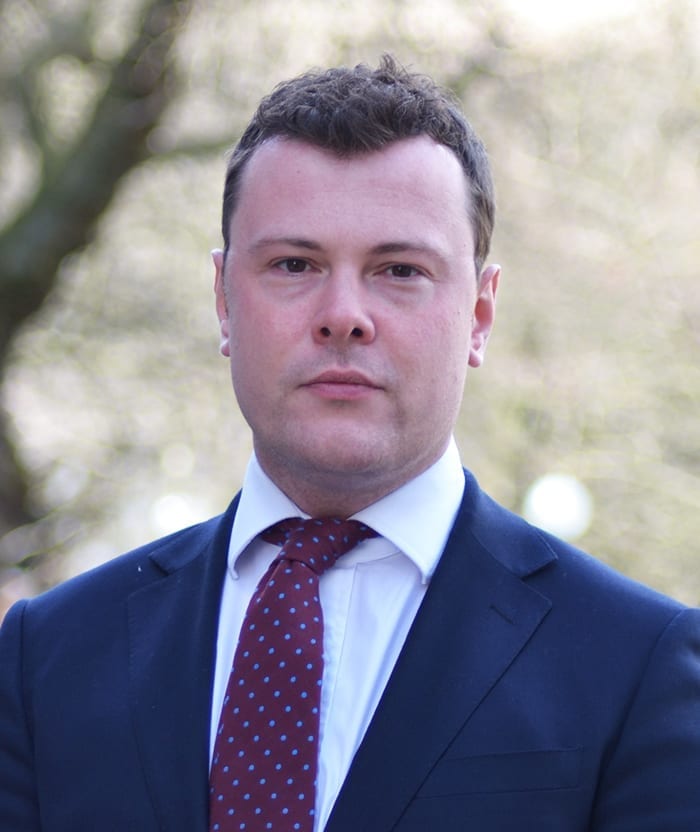 Jonathan is a criminal law specialist and an accomplished trial advocate. His practice covers all areas of criminal law, including regulatory crime. He is ranked by the latest edition of the Legal 500 as one of the Midlands’ leading barristers specialising in criminal law. Jonathan is a grade 4 prosecutor and has been appointed to the CPS Serious Crime Group panel at level 4, the highest level. He is also on the ‘Rape and Child Sexual Abuse List’ meaning that he can be instructed in cases involving sexual offences. While he accepts legal aid instructions, he has a flourishing private practice. He is direct access qualified.

Jonathan has been appointed to the ‘B’ list of Specialist Regulatory Advocates.

Jonathan is committed to defending those accused of criminal wrongdoing, whether it be an individual or corporate entity. Instructing solicitors often praise Jonathan’s commitment to his cases and his unwavering determination to secure the best possible result.

Jonathan prides himself in providing first-class trial advocacy. He is experienced in cross-examining experts and has provided training to witnesses who give expert evidence in criminal proceedings. He is also trained and experienced in cross-examining young and vulnerable witnesses. In a recent case, involving an allegation of rape, the trial judge described Jonathan’s cross-examination of a young complainant as a “model example”. Jonathan’s client was ultimately acquitted of rape and associated offences.

Jonathan’s cases are often paper heavy and usually the result of significant police operations. He is adept at coming to terms with such cases. He is said to have a ‘technical mind’ which ‘allows him to assimilate complex information quickly’.

The following is a non-exhaustive list of specific areas of practice:

Examples of Jonathan’s work and experience is available below and upon request from his clerks.

Jonathan read law at University College London. He is a Queen Mother Scholar of the Middle Temple. He is a member of the Criminal Bar Association.

Jonathan is instructed in cases involving allegations of Homicide. Recent experience in this area includes:

Jonathan is experienced in cases which invoke principles regarding confiscation, forfeiture and restraint.

He is also trained and experienced in cross-examining young and vulnerable witnesses. In a recent case, involving an allegation of rape, the trial judge described Jonathan’s cross-examination of a young complainant as a “model example”. Jonathan’s client was ultimately acquitted of rape and associated offences.

Jonathan has experience in the victim’s right to review scheme and was instructed to judicially review a CPS decision to prosecute an individual for rape.

Jonathan has been involved in many cases involving the application the Proceeds of Crime Act 2002. He has particular experience in confiscation, asset restraint and cash forfeiture and has lectured on these subjects.

Jonathan is available to receive instructions in road traffic cases in the Magistrates Court on a private basis, including instruction on a Direct Access basis. He has experience in representing individuals facing allegations of:

In the Crown Court, Jonathan has experience in representing those accused of serious driving related offences, including of Death by careless/dangerous driving. He is prepared to take on such cases on both a legal aid and private basis.

Jonathan has experience in defending cases to do with the welfare of animals.

Jonathan has experience of contesting the making ancillary orders, including Animal Destruction Orders.

He has considerable experience in representing local authorities in cases to do with waste disposal and breach of enforcement notices.

Jonathan has in the past appeared in cases brought by Severn Trent Water.

Jonathan’s recent experience includes defending a nurse in a very high-profile multi-defendant prosecution relating to the death of a patient outside a West Midlands Hospital. The defendant was indicted with an offence contrary to s 33(1)(a) of the Health and Safety Work Act 1974; representing a Scaffolder for one offence contrary to section 8(b) of the Work and Height Regulations 2005 and section 33(1)(c) of the Health and Safety at Work Act 1974; representing the Leicester, Leicestershire and Rutland Combined Fire Authority in respect of offences contrary to Article 32 of the Regulatory Reform (Fire Safety Act) Order 2005.

Jonathan has experience of representing interested parties at inquests.

Jonathan has represented individuals and businesses before council committee hearings, and before the Magistrates’ Court.

Jonathan has significant experience in these areas having prosecuted and defended in many cases brought by local councils, including Birmingham City Council, both before the Magistrates and Crown Court. His is also fully acquainted with the Proceeds of Crime Act 2002, which typically operates in such cases and can be of significant concern to defendants.

“His technical mind allows him to assimilate complex information quickly.” Legal 500 2019
"Prepares cases well and does not miss anything." Legal 500 2020
"A straight talking down to earth jury advocate who has a fantastic ability to cut through complex subject matter and present it to a jury in a clear, concise and engaging manner." Legal 500 2021
Call us0121 246 7000