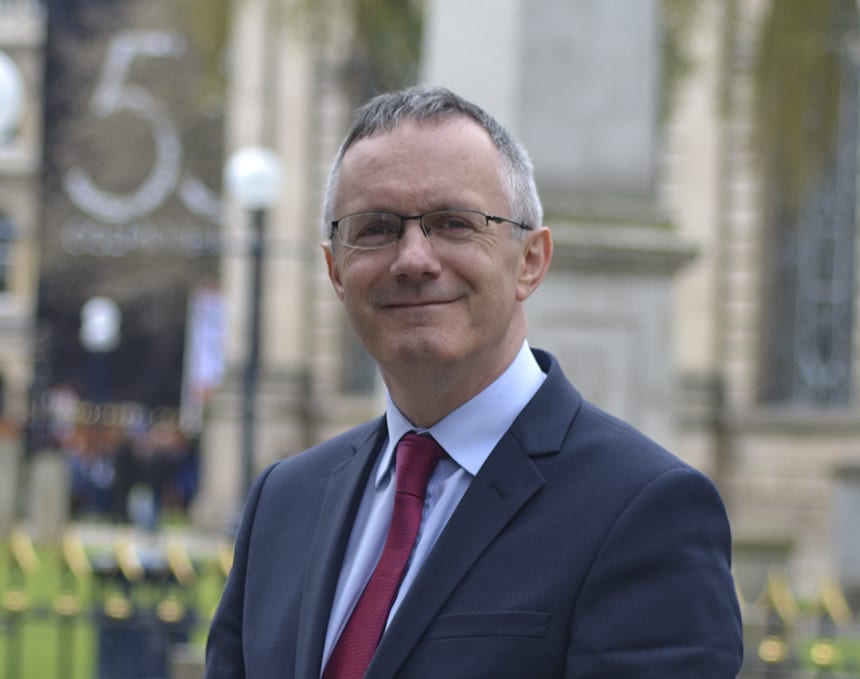 A tribunal advocate through and through, Paul has over 20 years’ experience representing employers and employees in Employment Tribunals across the UK. A veteran of many appeal cases in the EAT and above, Paul is considered a ‘safe pair of hands’ for the most complex and high value tribunal claims. Paul’s expertise has been independently acknowledged by Legal 500 and Chambers & Partners respectively, having been regularly recommended over the years.

Paul’s client base is broad and varied, reflecting his all-round strength as a tribunal advocate. He regularly represents Respondent clients of all sizes, from small businesses to public authorities, NHS Health Trusts and major plcs. Paul also represents individual claimants. His particular understanding of the manufacturing, local government and health sectors also sets him apart. Paul deals with a wide and broad range of employment law issues including unfair dismissal, whistleblowing, TUPE, collective consultation and all strands of unlawful discrimination at work.

Paul also brings a rare and rounded insight from both working in-house and in industry to his clients. Formerly the In-house Counsel for Make UK (which represents UK manufacturers), and also formerly an employed barrister with (now) global law firm Squire Patton Boggs, Paul will detect the issues that might impact a claim or appeal at an early stage, as well as engage effectively with the most complex of issues. Clients commend Paul’s approachable style. Whether in picking up the phone for a quick second opinion or to vet a new claim, Paul understands the importance of building long-lasting relationships based on trust and clear communication.

With strong respondent clientele and a complementary, regular range of Claimant work, Paul’s contentious experience in the tribunals and appellate courts over more than 20 years truly sets him apart. A skilled veteran of many reported appeal cases, not to mention hundreds, if not thousands, of Tribunal claims, Paul is a firm believer in the principle of practicing only in your areas of core strength. Paul’s experience rivals his fellow leading tribunal advocates nationally – a feature independently acknowledged by directories over several years.

A sample of Paul’s relevant and leading experience in those claims and appeals includes:

Paul has considerable experience in dealing with employment law disputes when they move into the civil courts and in particular wrongful dismissal claims and applications for injunctive relief to enforce post-termination restrictive covenants.

In addition, he has the unusual “niche” experience of dealing with disputes involving Commercial Agents and with the Commercial Agents (Council Directive) Regulations 1993 – including the quantification of compensation under the regulations.

Paul’s vast experience in the tribunals has influenced his style and approach as an advocate. He appreciates the fundamental importance in considering the human side of an issue or set of proceedings. He balances this against a robust, assertive and principled approach in which he is not afraid to fight for a client’s interests to the last point, without fear or favour.

Clients regularly remark on Paul’s honest, calm and measured appraisal of the issues and wider approach to dispute resolution. His incisive style cuts through the issues in even the most complex and factually dense cases.

A truly focused employment tribunal and appeals specialist, Paul’s understanding of employment law and procedure ensures that tribunal litigation in which he is involved will proceed on a sure footing. He regularly delivers training, seminars and conference sessions on tribunal/ appeals practice and procedure.

"Paul is able to combine a commercial approach with detailed legal analysis and to do this very effectively." Legal 500 2022
"He is extremely approachable, giving clients and myself confidence in his abilities. I know that I will never go to a hearing without merit and there are never any unwanted surprises. He is thorough and clear.” Chambers UK
“He gives very clear advice, clients like him and he’s a good all-round advocate.” Chambers UK
“He has a real grasp of employment law and its application, and is tactically very astute.” Chambers UK
"Experienced across a purview of matters” Legal 500
"Very personable and quick to put clients at ease.” Legal 500
"A diligent and well-prepared advocate, who gets to grips with cases quickly.” Legal 500
“He has a good manner with clients, who warm to his careful and incisive approach.” Legal 500
"Excellent attention to detail.” Legal 500
“A highly effective advocate who provides clear and accurate advice.” Legal 500
“(He) is a good all-rounder for employment law cases.” Legal 500