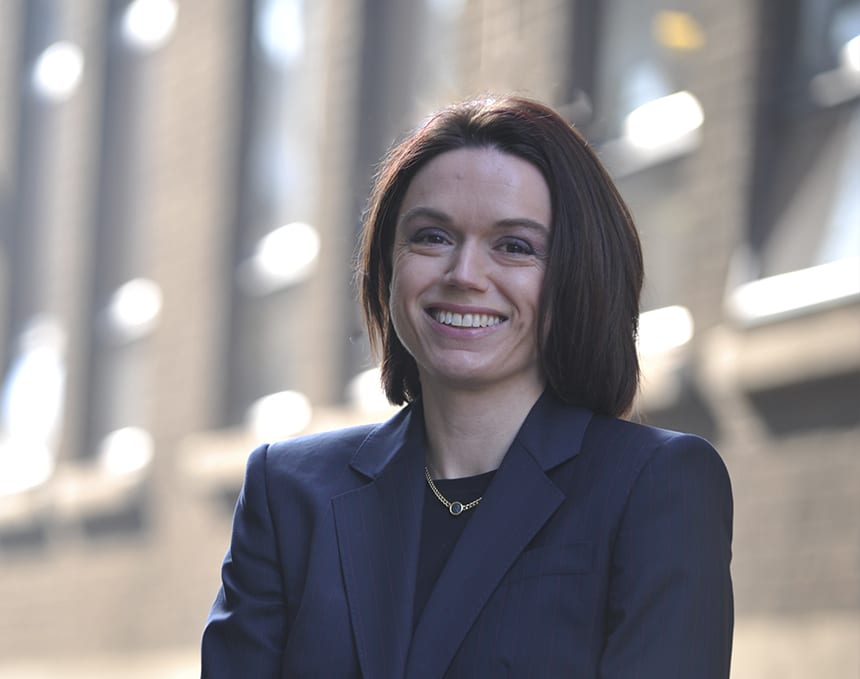 Leisha provides specialist advice and representation when relationships break down.  She acts in applications for both married and unmarried clients concerning money, property and children. Leisha has a reputation as “a fighter” where settlement is not in her client’s interest but she will advise realistically and negotiate where possible. She is particularly renowned for her thorough preparation and detailed knowledge of her case papers at all hearings and her penetrative cross examination. Her style is direct. Her results are impressive. However, she is able to easily relate to the lay client outside court and put them at ease, be they a multi-millionaire business owner, a stay at home parent,  or an unwitting intervenor. She deals with family finance upon separation and her cases include financial provision on divorce, Trusts of Land Act applications and Schedule One applications for children. She regularly appears in s8 Children Act proceedings (residence, contact, specific issue) which are often complex and involve several parties and experts.

Leisha is a matrimonial finance specialist.

Evidence from Actuaries and Accountants is often needed in such cases and Leisha has the necessary experience to guide and advise her clients and instructing solicitors as to what expert evidence is needed, as well the forensic skills to cross examine the other side’s experts.

She has successfully argued “conduct” on many occasions. Leisha often persuades judges to do things they have been clear at the start of the hearing that they are not going to do.

She often acts in cases where issues of non matrimonial property are involved and has successfully argued for and against the sharing of such assets.

She does however also act in more modest asset cases where although the assets can be limited, the stakes can be very high for the client : the outcome can be maintaining or losing a roof over his/her head.

Leisha is a regular and popular speaker on all topics regarding financial provision on divorce/dissolution and has given many seminars to barristers, solicitors, accountants and other professionals.

Trusts of Land and Appointment of Trustees Act and cohabitation disputes:

She drafts pleadings efficiently and quickly and has a good “technical know-how” in relation to the Civil Procedure Rules. She is often solicitors’ first port of call for advice when dealing with this area of law that involves families but follows very different rules to what many family lawyers are used to dealing with.

These cases are sometimes dealt with as a preliminary issue in financial provision on divorce cases and at other times are stand alone disputes. They often involve several intervenors.

She has lectured widely on this expanding area of law to barristers and solicitors.

Leisha also frequently deals with Schedule One Children Act proceedings and has successfully represented clients of high net worth in such proceedings.

Leisha is regularly instructed in private Children Act proceedings, often in complex applications involving multi-disciplinary experts and guardians.  Her cases sometimes involve severely disabled children where their best interests are the subject of much debate and disagreement between various professionals.

She has vast experience in cases of:

Leisha’s experience in the field of child law enables her to deal with the two separate, yet interlinked areas, of money and children.

"She is a great negotiator and a forceful advocate but also relates to her clients and is skilled at putting them at ease." Legal 500 2021
“Leisha has excellent attention to detail.” Legal 500 2020
"She is a fantastically fierce advocate who will fight to her last breath to get a good result." Chambers UK
"I would definitely recommended that anyone requiring a barrister for family law employs her services; she's a fabulous asset, and I couldn't rate her highly enough." Chambers UK
"A fearless advocate. She has excellent attention to detail and is brilliant on her feet." Chambers UK
"Fearless in court." Legal 500
"Very well prepared, good with clients and polished in her presentation." "strong, direct and no-nonsense barrister." Chambers UK
"A robust advocate and excellent negotiator." Legal 500
"Treads the path between being conciliatory and standing firm on a key issue." Chambers UK
"Her advice is clear and confident, and she is an extremely determined advocate who always fights for her clients." Chambers UK
"Leisha is quick to grasp the facts of a case, gives sensible advice, and is a confident and strong advocate." Chambers UK
"..will fight for her client." Legal 500
"Leisha Bond is a fearless and formidable advocate." Legal 500