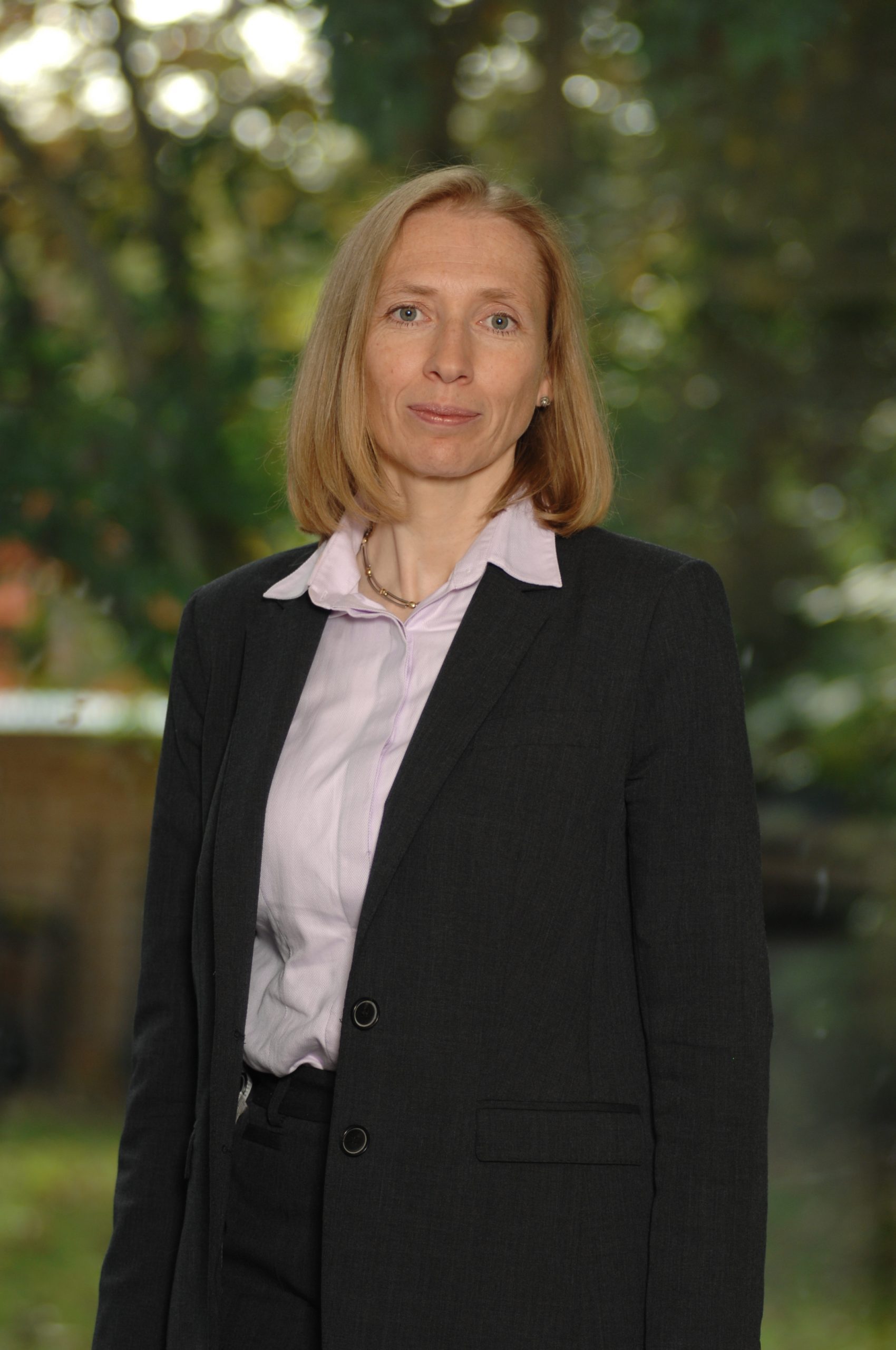 With over 30 years qualified experience, Sophie is a widely recognised, specialist, employment barrister and independent investigator. Sophie is ranked in the highest tier by Legal 500, who comment in their latest edition that she is “tactically strong and very knowledgeable, with a high level of understanding that instils confidence in clients”. Clients refer to Sophie in similar terms, and she has been described in recent years as: “tenacious”, “client friendly” and “a very capable and effective advocate”.

Sophie is appointed to the Treasury Counsel ‘A’ Panel, which deals with the most complex government cases across all kinds of courts and tribunals. In this capacity, ‘A’ Panel members are often expected to appear against QCs, demonstrating the senior, complex and high-profile level of case Sophie is typically instructed in. Indeed, it is in those factually dense and technical complex cases that Sophie really shines, as she is able to deploy her exceptional organizational and presentational skills, as well as her comprehensive knowledge of her specialist area of law. Sophie’s reputation is such that she remains in high demand across multiple sectors and industries. This includes working on strategic, complex and senior cases for various local authorities, a wide range of private clients – from individuals to PLCs, across the education sector and for charities. A natural complement to her thriving practice, Sophie chairs the Bar Council’s Retention Panel, which deals with retention of women at the Bar, sits on the Bar Council’s Equality, Diversity and Social Mobility Committee, and also had a key role in devising and drafting the Bar Council’s training for barristers on dealing with harassment. Sophie also undertakes disciplinary and grievance investigations, as well as governance disputes, within charities, schools and the wider commercial sector.

An award-winning barrister, Sophie has extensive experience of voluntary work as a director and charity trustee, is the co-founder, and now patron, of the charity, Amicus and Vice-Chair of the Midland Circuit Women’s Forum, though still finds time for her pursuits by hill walking and skiing.

Sophie represents clients in the full range of employment related litigation, and appears before employment tribunals, as well as the county court (discrimination), High Court (restraint of trade, confidential information and JR), and before regulatory bodies such as the GMC and TRA (professional misconduct). As you may expect from one of the most highly ranked barristers on the circuit, Sophie has an active appellate practice and is an increasingly regular visitor to the Employment Appeal Tribunal.

Given her experience and expertise, Sophie is a true all-rounder in employment law and undertakes all types of claim, including discrimination, all forms of dismissal, whistleblowing, TUPE, labour disputes and equal pay. Sophie is most frequently instructed in complex, multi-day cases and also has a rare specialism in non-employment discrimination claims, such as claims of discrimination in the provision of goods and services, as well as clubs and association. These have included a claims of sex discrimination against a sporting club and, separately, advice in relation to sex discrimination by a religious group

Sophie also deals with complex issues at the interface of employment, contract and commercial laws in the High Court. Recently she has handled cases involving restraint of trade and judicial review. In these cases, Sophie’s experience as a professionally qualified company secretary helps to disentangle corporate governance disputes that are often the hallmark of conflicts between directors/trustees and senior executives. Sophie is also accredited under the public access scheme and has taken on a range of public access matters for Claimant and Respondents alike. As an appointed Treasury Counsel, Sophie is regularly instructed by both central and local government. Her wider practice beyond this includes regular instructions from police authorities, NHS trusts, educational institutions and private sector employers.

Sophie has a balanced Claimant and Respondent practice, and is equally comfortable representing either party. Her “extremely thorough” and “responsive” approach means that she can take a robust and practical approach to the litigation to achieve the best outcome for clients.

A sample of Sophie’s extensive experience in reported cases, over the past decade alone, includes:

A sample of Sophie’s extensive experience in further typical cases in which she is represented includes:

In addition to being the perfect complement to her employment practice, Sophie uses skills from her legal practice, and combines this with her corporate governance experience, to provide services as an ‘independent person’ for major organisations. Few practitioners understand as many of the particular corporate governance complexities and technicalities of corporate and organizational operation as well as Sophie. An associate of the Chartered Governance Institute, professionally qualified company secretary, and hosting decades of experience as a voluntary charity trustee and director, Sophie is considered one of the ‘go to’ practitioners for employment related and corporate governance issues. As an example of her continued commitment, Sophie is currently Trustee of MWNUK, Trustee of a multi-academy trust, and is Chair/Trustee of a small charity promoting community cohesion at a local level.

Sophie’s work in this area falls into two main functions:

Sophie qualified as a mediator in 2000 with CEDR and then with ADR Group in 2009. Latterly, Sophie qualified with Globis, a specialist workplace mediation organization, in 2011. She also has a wider background, from her first decade in practice, of commercial, property and administrative law. This means she is at ease dealing with even the most protracted and complicated of commercial disputes. As with her employment practice, Sophie lectures regularly in-house and externally on investigations and mediation and issues.

Professional clients rely, and regularly comment, upon Sophie’s thorough and meticulous case preparation. Sophie’s extensive experience means that understands the relevant law and procedure intimately and can wield it to great effect for her clients. Whether it is in cross-examination, written or oral advocacy, guidance on case strategy or in a business support role, clients will receive a tailored service each and every time.

Given that the majority of her work includes complex and sensitive matters, clients regularly report their appreciation for Sophie’s down to earth and practical approach. Sophie credits her success to a simple, effective philosophy: she aims to bring a measure of balance and proportionality to any process she is involved with to ensure the best possible outcome for the parties involved.

Herry v Dudley Metropolitan Borough Council [2017] ICR 610 – represented the Respondent in this appeal brought by an ET claimant against a £110,000 order for costs against him, and guidance given on the issue of whether his mental health condition amounted to a disability.

Pnaiser v NHS England and Coventry City Council [2016] IRLR 170 – Disability discrimination – s.15 ‘discrimination because of something arising from disability’. Guidance given on the burden of proof at each stage of the s.15 analysis.

Governing Body of St Michael’s Church of England Junior and Infant School v Smith (2014) UKEAT/0165/14/KN – appeal on the grounds of apparent bias against the ET’s finding that the Claimant had been unfairly dismissed. Appeal successful.

Owens v Dudley Metropolitan Borough Council [2011] I.C.R. 453 (CA) – determination by the Court of Appeal of whether a counsellor working in education qualified as a teacher under the Teachers Pension Scheme.

Nominated – One of the Attorney General’s ‘Pro-bono Heroes’

"Sophie is very good with clients; she is good on her feet and she has produced some fantastic results in tribunal hearings over the years. She is a specialist employment barrister and she knows her stuff especially when it comes to all things involving discrimination. " Legal 500 2022
“I have worked with Sophie on many occasions over the last 2-3 years. We have dealt with many complex and sensitive matters and she has demonstrated both great commercial insight and a very keen and able legal brain. I would highly recommend Sophie as a first-class Barrister highly skilled in the field of employment and discrimination law.” Client Testimonial: Direct Access Client
“What an absolute pleasure it's been to have Sophie represent me. She has understood the complexities of my case with great astuteness, which meant that she has been an accurate representative and advocate for me. The process of taking this to tribunal has been necessary for me from a career perspective, but having her alongside me has also helped me personally and emotionally in regaining some confidence and finding a way to move on. I needed a lot of things to make the decision to take this all the way through to tribunal, but a barrister who understood me and was willing to help me was top of the list. Sophie has met and exceeded all I hoped for and needed.” Client Testimonial: Direct Access Client
“This was a clearly difficult case. You handled the case with great skill. The case cannot have been easy when there were such strong views and when you had three clients to deal with. Also, your careful attention to detail in respect of the agreement despite the length of the mediation and the lateness of the hour was exceptionally impressive”. Senior Mediator commenting upon Sophie’s performance as a mediator advocate
“Tactically strong and very knowledgeable, with a high level of understanding that instils confidence in clients.” Legal 500 2021
"Responsive and extremely thorough." Legal 500 2020
"Very knowledgeable and accessible." Legal 500
"Quick to win a client’s confidence." Legal 500
"A specialist in discrimination law." Legal 500
"A very capable and effective advocate." Legal 500
"Client friendly" with the ability to "get to grips with the detail of a difficult issue." Legal 500
"Technically strong and client friendly." Legal 500
Call us0121 246 7000