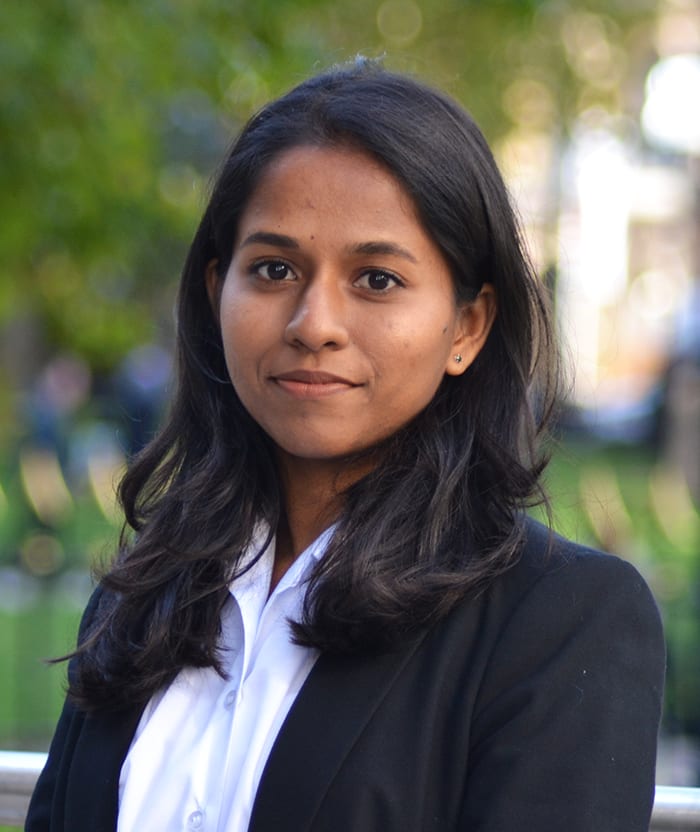 Sandamini completed her Pupillage in Family Law in October 2019 under the supervision of Molly Giles, Jonathan Nosworthy, Victoria Edmonds and Huw Jones.

Having grown up in Sri Lanka, Sandamini completed her primary and secondary stages of education there. She came to the UK in 2014 to begin her BA in Law, at the University of Cambridge. Prior to commencing her BA, she taught English Language and Literature at her former school and conducted private tuition in Sri Lanka. Whilst at University, she took the opportunity to teach and train students in public speaking and debating in China and Hong Kong. Prior to commencing her Pupillage, Sandamini was  employed as a mentor in a charitable programme aimed at facilitating talented young students from underprivileged backgrounds to access tertiary education and aspire to skilled careers.

During her pupillage and thereafter Sandamini has acquired experience of the full range of hearings in all areas of family law.  Sandamini regularly accepts both private family and public family instructions and has appeared in a number of multi-day hearings often involving a broad range of issues such as domestic violence, contact disputes and adoption.

Sandamini receives instructions in all aspects of financial remedy proceedings and has represented spouses at all stages of proceedings, from preliminary hearings through to final hearings.

She has an approachable, professional and pleasant manner with clients, solicitors and judges alike, and is considered to be particularly adept at dealing with vulnerable clients.

Co-President of the Law Society, Fitzwilliam College, University of Cambridge