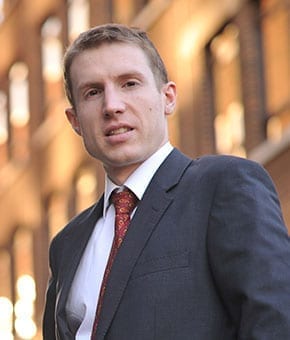 Rob has a wide-ranging commercial practice and has particular expertise in company, insolvency and High Court employment disputes. He is often instructed in high-value and complicated litigation.

He has been consistently recommended in Chambers & Partners and Legal 500. He was described in the 2021 Legal 500 as “absolutely brilliant intellectually and academically with forensic attention to detail and a very reassuring manner,” and in the 2021 Chambers Bar Guide as possessing  “the rare trinity of encyclopedic knowledge, eloquent advocacy and hard work.”

Rob is also a practising mediator.

Outside of the specialist areas below, Rob’s recent work has included:

Rob has an established company law practice. In the 2021 Chambers Bar Guide, Rob is noted as being particularly well regarded for his handling of unfair prejudice petitions and disputes concerning director’s duties. A previous edition described him “as very academically gifted company counsel”.

Rob is regularly instructed by insolvency practitioners and directors in difficult insolvency-law litigation. He is described as “resourceful, clear and logical” in the 2021 Legal 500.

Rob’s complementary company-law practice means he is well-suited to cases involving directors. He was recommended in the 2021 Chambers Bar Guide for restrictive covenant claims and in the 2021 Legal 500 for employment cases that overlap with shareholder issues.

Rob has experience acting in claims against solicitors, accountants and financial advisers. He has a particular interest in cases relating to his other areas of expertise.

Rob has experience of a wide variety of commercial fraud cases, particularly cases of fraud by employees or directors. He is an experienced trial advocate and cross examiner.

Rob enjoys the variety and challenge of acting as a mediator. He appreciates that mediation is no panacea, but believes that, if approached with energy, determination and an open-mind, mediation can lead to sensible resolutions of most disputes.