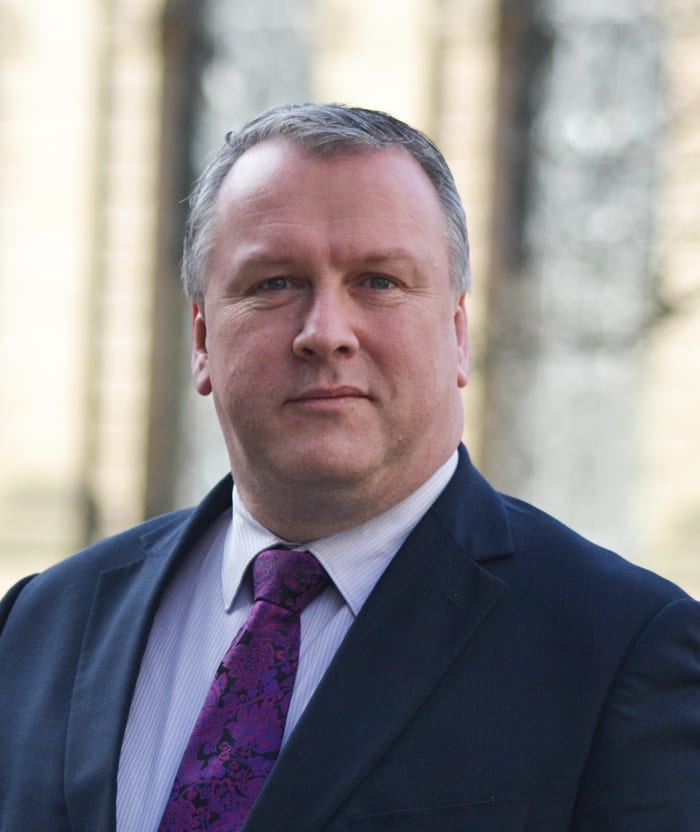 Before joining chambers in March 2017 Philip worked for 10 years within the CPS across the West Midlands and, prior to that, for 10 years as a defence practitioner for firms in Shropshire. He has been a solicitor, a duty solicitor, a solicitor-advocate, Crown advocate and barrister. He has advised clients in police stations and guard rooms and gone on to represent them in the Magistrates’ court, Crown Court and court martial. He has also advised the police on several, major investigations and prosecuted at a majority of the court centres across the West Midlands. His experience means that he not only understands the law but also the pressures and constraints encountered by others working within the criminal justice system.

Philip also has significant experience of dealing with fatal road traffic cases and offences of serious violence at trial.

Philip has considerable experience of dealing with sexual offences including stranger rape, acquaintance rape, recent and non-recent child sexual abuse and internet sexual offending. He was part of the team who produced the HMIC/HMCPSI report on the use of ABE interviews in cases of child sexual abuse. Recent cases have caused him to consider the issue of internet vigilantes and write an article on this point for the chambers’ newsletter.

Philip has also advised the police during and after an incident of widespread disorder following a political rally and prosecuted 32 defendants (split into two indictments) following widespread violence at a football match.

Philip is on the CPS list as a Grade 4 prosecutor. He has a particular interest in dealing with cases where mental health issues are involved.

When not at work Philip enjoys cooking for, and socialising with, neighbours and friends. Although basically inept at sport Philip enjoys watching cricket, rugby and football whenever the opportunity arises. His greatest passion however is for music. He is a keen flautist and has played in a number of local orchestras, both in the UK and (many years ago) in France and Italy. He has a vast collection of classical and jazz CDs and adds to this whenever he can.