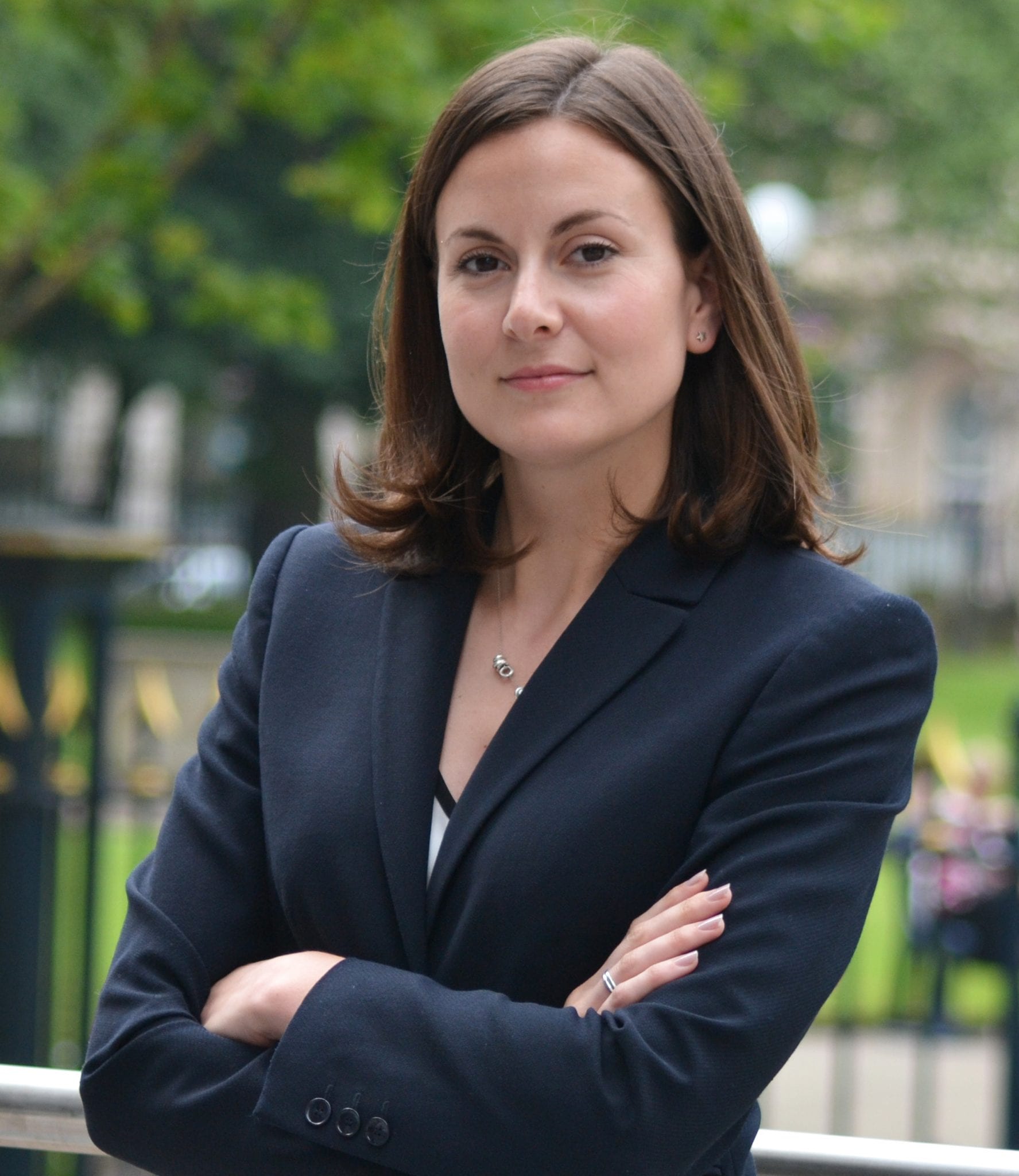 Emma came to the legal profession in 2007 following degrees in history at undergraduate and postgraduate level. She obtained a commendation in the Graduate Diploma of Legal Studies and a distinction in the Legal Practice Course. Emma commenced a training contract at Warwickshire County Council in 2009.

Emma qualified as a Solicitor in January 2012 and specialised in public law children proceedings.

In 2012 Emma was awarded the Outstanding Newcomer in the area of Children Law by the Association of Lawyers for Children.

Emma undertook the Higher Courts (Civil Advocacy) Qualification in 2013 and received recognition in 2014. She was called to the Bar and joined St Philips Chambers in 2016.

Between 2011 and 2016 Emma specialised in public law children proceedings as a solicitor at Warwickshire County Council. Since joining St Philips she has appeared at all levels up to, and including, the High Court and Court of Appeal.  She has appeared in the High Court in complex cases involving child death, non-accidental injury, sexual abuse and wardship.

Emma’s cases have included neglectful parenting, domestic abuse and drug/alcohol use. The more complex cases have included allegations of non-accidental injuries, sexual abuse or have involved international elements. She has also had cases involving clients with learning difficulties or who lack mental capacity. She has been described as “always able to build rapport with different types of client, including those with learning difficulties, mental health problems and vulnerable clients”.

Emma has experience in successfully appealing and opposing appeals from first instance decisions. She has appeared in the Court of Appeal on behalf of the children in an application to appeal findings of fact and admit fresh evidence.

Emma combines “calm, lucid advocacy with careful and well reasoned case analysis” and has been described as a “good tactician”. She is a “strong and persuasive advocate, both in witness-handling and in oral submissions”.

Some of the complex cases Emma has been instructed in recently are as follows:

Emma is experienced in advising and representing the Local Authority in relation to private law proceedings in which the Court has directed a section 7 or section 37 report and in cases where the Court has made an Interim Care Order of its own motion.

Since transferring to the Bar Emma has regularly undertaken private law disputes about children’s living arrangements or who they spend time with and has acted for parents and 16.4 Guardians. She is experienced in fact finding hearings involving allegations of domestic abuse.