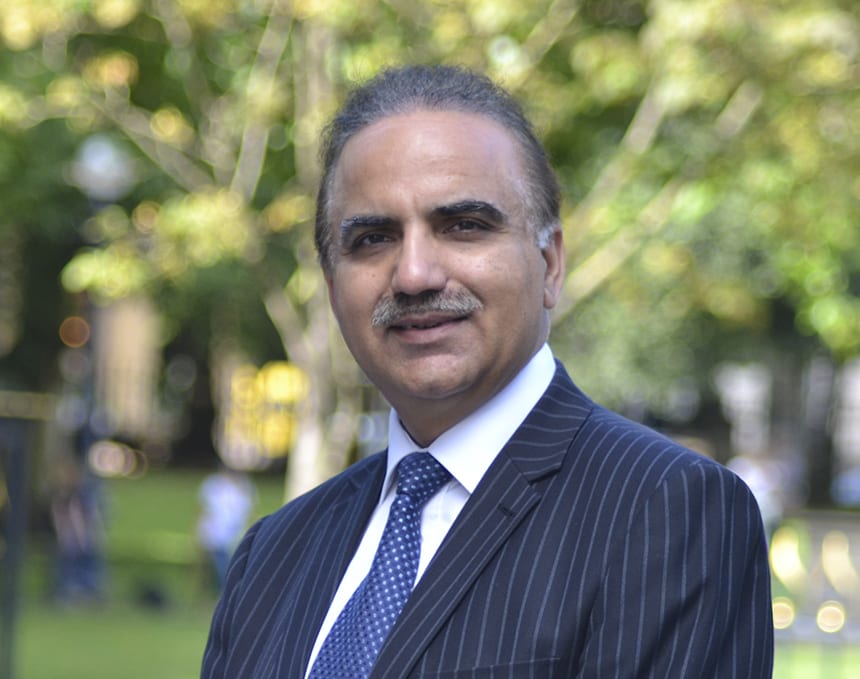 Called to the Bar by Gray’s Inn, in 1984, and prior to joining St Philips Chambers, in November 2011, Mirza excelled in his 26 years career in  local government and is nationally recognised as a top performing lawyer. From 2000 to 2011, Mirza was the Chief Legal Officer and Corporate Director of Governance of Birmingham City Council, with leadership over 800+ staff, and he has been a Member of the General Council of the Bar for England & Wales since 1995 (save for 1998).

Mirza was ‘Top Ranked’ in Chambers and Partners Legal Directory in 2017 and is in Legal 500 for Public & Administrative Law and Employment Law.

As an employed barrister with over 26 years experience, Mirza has had a number of cases reported in relevant publications dealing with the full range of local authority cases. Some of these cases were decided by the House of Lords/Supreme Court and included major Judicial Reviews in relation to, for example:

Mirza has a successful employment law practice, which includes giving advice and appearing regularly, on multi-day trials, as an accomplished advocate, before Employment Tribunals in unfair dismissal, redundancy, TUPE and age/disability/race/sex discrimination cases (both, for claimants and employers) and covering multi-jurisdictional matters.

He has also advised and appeared in relation to appeals before the Employment Appeals Tribunal.

Mirza has advised and appeared in a number of multi-day Employment Tribunal cases (for and against multiple claimants / respondents and multi-jurisdictional issues) relating to, for example, allegations of discrimination involving sex, maternity, pregnancy, disability or race.

Mirza has advised and appeared in a number of multi-track and fast track trials involving multiple claimants and a number of joint trials with other potentially fraudulent RTA claims. He has also been successfully involved in cases involving serious allegations of exaggeration of personal injury claims, which fall short of an allegation of fraud. His Personal Injury practice covers representing clients from both the claimant and defendant/insurance company perspectives. He is happy to consider cases on a CFA or private fee paying basis.

Other cases: Mirza has extensive and successful experience of appearing in and/or advising on complex commercial land and property transactions, including substantial and complex proceedings relating to allegations of fraud against Defendants. Such experiences extend to proceedings before the Upper Tribunal (Lands Chamber), proceedings relating to insolvency and winding up, and recovery of public grant funding for alleged fraud and breach of conditions.

For Claimants (in relation to / against doctors, dentists and hospitals) and for Claimants / Defendants alike in relation to Road Traffic Accidents (including fraud allegations) and Employer / Public Liability claims;

Commercial disputes for Claimants and Defendants, alike, in relation to, for example, multi-million Pound partnerships, company and  joint venture disputes;

Mirza has undertaken a number of cases involving members of professional bodies who have  disputes with or who seek the Judicial Review / Appeal of professional body decision-making relating to, for example, the striking off from the professional register of members and/ or the imposition of restrictive conditions of practice relating to doctors / nurses; and

Mirza is the General Editor of two legal encyclopaedia publications:

He has, over the last two decades, written a number of articles on ethical and corporate governance, employment, EU Directives & UK Procurement Regulations, Compulsory Competitive Tendering, Human Rights Act 1998 and on TUPE (the Transfer of Undertaking Regulations).

Member of The General Council of the Bar for England & Wales (since 1995, save for 1998), ELA, PIBA, Midlands Circuit, Birmingham Law Society

President of the Association of Council Secretaries & Solicitors (2009/2010)