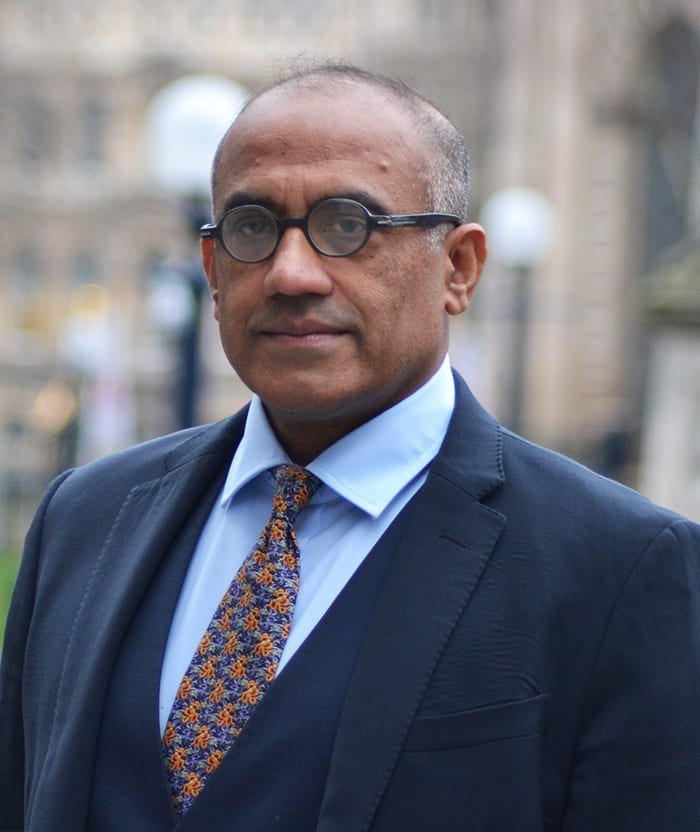 Ragveer specialises in criminal defence work and have built a practice in areas of law including fraud, drugs, murder, people traﬃcking and miscarriages of justice.

He came to the bar as a mature student having worked in various community groups in inner-city Birmingham.

Ragveer is regularly instructed in high proﬁle cases for serious crime. These have included one of the largest pharmaceutical fraud cases in recent times, lasting some eight months; one of the largest international drugs conspiracies involving twenty-one defendants; multiple murder cases, including the alleged murder of a baby girl which resulted in the acquittal of both parents.

Ragveer was instructed in one of the longest miscarriages of justice in British history in the case of R. v. Hodgson, where the conviction was quashed by the Court of Appeal after the defendant had spent twenty-seven years in custody. He was also involved in a number of old convictions on a pro-bono basis.