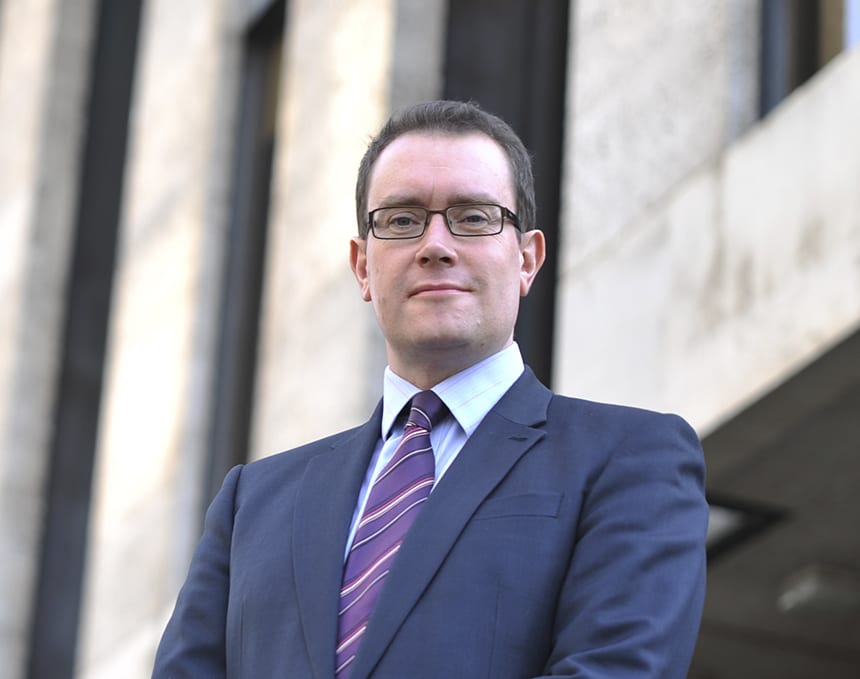 Described by Legal 500 2021, who again rank him as a Tier 1 ‘Leading Junior’, as “confident, experienced and decisive”, David is an employment specialist operating at the most senior and complex end of the market. David’s practice focuses on those issues with strategic and potentially substantial follow on consequences for his clients, major financial institutions, global industrials, blue chip corporates and established City firms. Renowned for his ability to accurately anticipate and pragmatically handle the most serious reputational issues, David’s clients turn to him on complex and high stakes employment issues.

An established big hitter in the Employment Tribunals, David’s busy practice encompasses the full array of Tribunal, EAT, High Court and Court of Appeal litigation, with notable specialisms in complex discrimination cases, challenging whistleblowing claims and high value or strategically important TUPE matters. Increasingly, a consequence of his expertise and the level of case he is typically asked to advise on, David appears before the appellate courts in matters of wide-ranging significance; many of which have been reported, including the recent case of Raj v Capita at the EAT.

David also accepts instructions in professional regulatory and disciplinary matters. Regular clients rely upon David’s ability to take a holistic view of the various commercial, policy and reputational issues and arrive at a pragmatic, duly considered and viable set of options.

David thrives on lengthy, complex and high value claims, notably which involve wide ranging consequential impacts, such as binding findings in related litigation, reputational or media risk, or strategically important consequences, such as the repercussions for a company’s public profile or market-sensitive events. Accordingly, his practice tends to focus on major corporates, senior individuals, organisations under significant public scrutiny and instructions from leading City and national firms. David tends to work mainly for major Respondents, but has enjoyed notable Claimant successes also.

Naturally comfortable with all manner of employment instructions given his extensive and specialist experience in employment, David is most often sought out in technically complex discrimination and whistleblowing claims. Lately David’s heavyweight practice has included significant appellate litigation, with work in the EAT and Court of Appeal. A member of the Attorney General’s ‘A’ Panel, David’s senior reputation and wide-ranging expertise remains in high demand.

A snapshot of David’s recent and extensive employment experience includes:

Reported Cases David has appeared in, over more than 10 years, include:

David’s practice covers both advocacy and advisory work; indeed, he is increasingly sought after to advise on unprecedented and challenging employment issues, including test cases. As a complementary part of his heavyweight practice, David also appears in the High Court on issues closely connected to, or indeed directly involving, employment issues. This includes restraint of trade issues, enforcement by way of injunctive proceedings and the recovery of damages. David also covers discrimination and breach of contract claims brought in the civil courts.

David has experience of representing clients, including teachers, nurses, doctors and other professionals before various professional and regulatory disciplinary hearings and boards.

Clients report that David is efficient and methodical, a key benefit in the highly detailed and factually dense cases upon which he commonly advises. David inspires confidence in his lay and professional clients alike due to both his firm grasp of all of the salient issues and the holistic way with which he incorporates wider commercial and reputational awareness into his work.

Commonly cited in client feedback as ‘a safe pair of hands’, David’s ability to deal evenly and succinctly with experts and senior figures is also regularly acknowledged. Due to the nature of his practice and the complexity of the issues with which he deals, David appreciates the need for his professional clients to check in on urgent and important issues, and so is happy to serve as a sounding board in person, over the phone and, increasingly, via video conference.

David is regularly ranked at amongst the highest performers in the market for employment work. He is currently ranked Tier 1 by Legal 500 and Band 2 by Chambers & Partners UK. Over many years in practice, David has gained the following testimonials:
"Meticulous with complex detail, well prepared and exceptional with clients. A first-rate advocate." Chambers UK (Latest Edition)
“Confident, experienced, and decisive, with impressive legal knowledge and a commercial perspective.” Legal 500 (Latest Edition)
“Technically very good and a formidable advocate to be against." Chambers UK
“His attention to detail, knowledge, strategic thinking and manner with clients and solicitors have made him an invaluable asset." Chambers UK
“An extremely competent employment law barrister.” Legal 500 2020
“His practice encompasses the full spectrum of employment law litigation.” Chambers UK
“Diligent, careful and considered.” Legal 500
“He has very good advocacy skills – he does not over-argue the point but will take a strategic view on the case instead.” Chambers UK
"He is quite calm and deals with situations well in court, even when curveballs are thrown at him.” Chambers UK
“I would highly recommend him for cases with difficult individuals, or where something needs to be handled carefully.“ Chambers UK
“He has a brilliant legal mind.” Legal 500
“Very user-friendly, always accessible and his technical skills are very good.” Chambers UK
“Experienced in discrimination and unfair dismissal cases.“ Legal 500
“Thorough and methodical – he works well to prepare the case for hearing and goes through everything step by step from beginning to end.” Chambers UK
“Very good in legally and factually complex cases." Chambers UK
"He is particularly strong at cross-examination, and his advocacy style is very thorough.” Chambers UK
“Exudes absolute confidence.” Legal 500
“Seems to know the facts better than anyone else in the room and he applies them very precisely to the legal issues.” Legal 500
“Approaches multi-day cases with the utmost thoroughness, and builds rapport very quickly.” Legal 500
Call us0121 246 7000