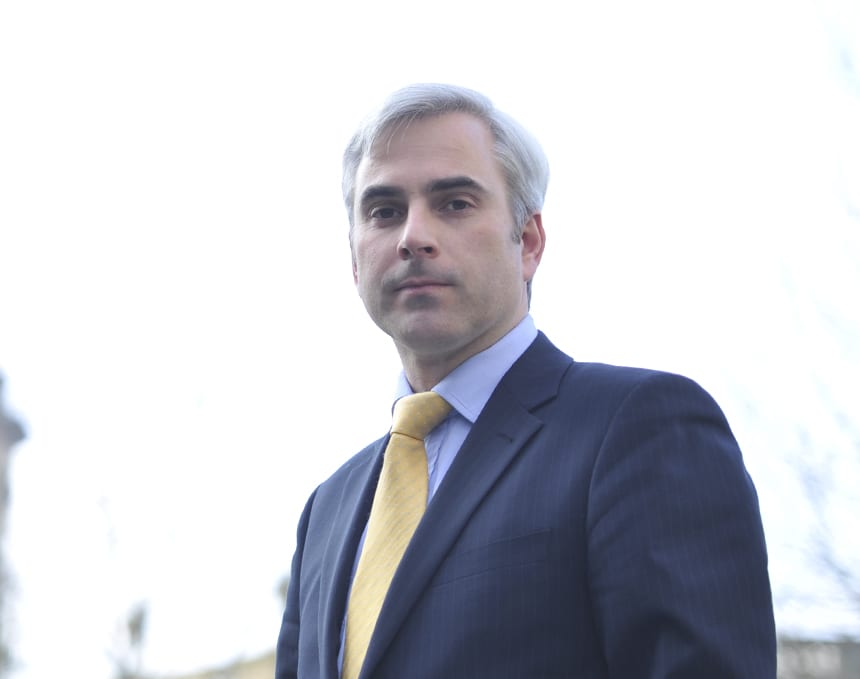 Having returned home to the Midland Circuit in 2000, Darron has established a busy practice specialising solely in criminal law. Always in demand, he has earnt a reputation for being thorough, approachable and persuasive in his approach to each new instruction. He receives both publicly and privately funded work, with his practice leaning in favour of representing those accused as his reputation for success at trial continues.

He has been led by Queens Counsel on numerous occasions in complex and multifaceted cases before High Court Judges. He too has led Junior advocates in similar cases lasting many weeks at trial. Darron has accumulated considerable experience in the Court of Appeal, presenting and responding to appeals against conviction, sentence and rulings of law.

Darron is a Grade 4 * prosecutor (highest grade) and Pupil Supervisor. He is a member of the Criminal Bar Association.

Darron has both prosecuted and defended cases involving large scale importation, preparation and distribution of class A and B drugs. Such cases invariably involve the understanding of covert observations and recording by undercover officers. His quick understanding of roles played and chronology of events have allowed him to secure best results for those he represents. He has been involved in the following Operations of late:

Darron has been instructed on several complex cases requiring the preparation, understanding and analysis of evidence in excess of 50,000 pages. His patience and ability to simplify complicated financial affairs in order to best assist clients has resulted in repeated instructions. Examples of such cases include:

Darron has been involved in several high profile and emotive murder and manslaughter cases where he has either been led by very experienced Queens Counsel, or has conducted the case himself leading other Junior members of the bar. Notable cases include:

Darron has an established busy criminal practice appearing regularly in Birmingham, Wolverhampton & Stafford. His repeated success in trial, whether defending or prosecuting, has resulted in a full diary throughout the year. Amongst regular instructing solicitors, Darron has a reputation for thorough preparation of case papers as soon as they are delivered, providing concise advice and guidance as to the progression of the case in hand. He strives to maintain continuity throughout the court process, creating confidence with each client and reassurance that each case is being prepared and presented to a high standard of professionalism.

His popularity and experience is reflected by his current instructions involving cases of multiple cases of murder, including pre-planned acts of killing [R .v. C & C 2015 – two brothers planned and poisoned their mistress and disposed of her body in an allotment], spontaneous acts of homicide [R .v. H 2014 – the accused stabbed his finance 65 times whilst pregnant and in front of their 2 year old son] and gang related revenge or honour killings [R .v. M 2015 – 5 disguised men set a trap to murder a colleague outside his front door].

Darron has also defended and prosecuted offences of attempted murder [R .v. W 2014 – a burglar was stabbed in the head by a law student as he tried to escape from the targeted address] and manslaughter [R .v. D 2015 – the deceased owed a drug debt and was pushed out of a moving vehicle].  Other cases reflect serious sexual allegations, including stranger rape [R .v. W 2015 – accused waited for his target outside a train station before raping her repeatedly at gun point], rape within the matrimonial home, serious sexual offences against children [R .v. R 2011 – rape of a 12-year-old girl by her foster carers].

Darron has been involved in a number of gross negligence manslaughter cases in this developing area of law. Such cases have required a considerable amount of detailed preparation, involving careful analysis of the evidence and wide research of the issues. Invariably Darron has found that such cases have been the subject of much media attention (see the linked notable case of R .v. Hussain), and where inevitably emotions run high for all interested parties.

Darron has prosecuted and defended a number of large scale cases  concerning organised crime groups (OCG’s),  often involving ten or more defendants. His instructions invariably follow months of investigation by the prosecuting authorities, which have focused upon the activities of key individuals, their interaction with others in the planning, commission and concealment of serious criminal enterprises. Cases include:

Darron has developed a formidable reputation for both defending and prosecuting serious sexual offences. Such cases are particularly sensitive, often involving multiple complainants and interested parties. They invariably require a high degree of objectivity and detailed preparation, combined with patience and empathy. Recent cases include: