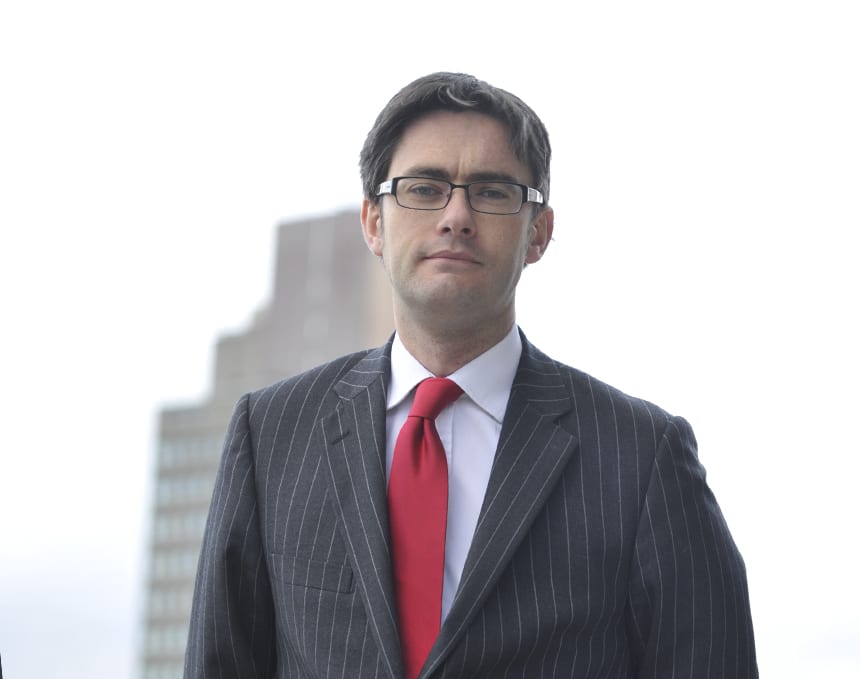 A nationally and independently recognized barrister with over 17 years’ experience at the Bar, Colin manages an active personal injury, clinical negligence and employment practice. Clients value his practical approach to the issues and rare ability to develop rapport and trust with professional and lay clients alike in the most demanding and emotionally charged of circumstances.

As a robust advocate who regularly appears before the High Court, County Court and Employment Tribunals, Colin also thrives on technically demanding advisory work and settlement negotiations. He is called upon by national firms and boutique practices alike for his methodical approach that leaves no stone unturned, as well as his articulate and comprehensive grasp of medical evidence and factually dense cases generally. Accordingly, Colin is in particular demand in respect of JSMs, expert conferences, roundtables and in cases involving a considered and tactical approach to litigation.

Colin has a particular specialism in claims relating to cosmetic, plastic and reconstructive surgery, as well as non-surgical cosmetic procedures. He is renowned for his deep understanding of medical and clinical issues and how complex evidence can be deployed in liability and quantum disputes.

Colin’s extensive clinical negligence practice covers all areas of clinical practice. A senior specialist in the arena, he maintains an active multi-track practice, including in his particular area of interest relating to plastic, cosmetic and reconstructive surgery cases. A thorough and trusted advisor to his regular professional clients, Colin thrives in situations where he is asked to consider the evidence of and work with expert witnesses, especially in conference.

Colin has lectured extensively on cosmetic surgery litigation practice. He has worked as a led junior in a number of cases involving child Claimants concerning brain injury at birth and injuries of the utmost severity. Colin maintains an almost exclusively Claimant-focused clinical negligence practice and is happy to advise on paper, in conference and to represent clients on a CFA basis, including at inquests.

Colin acts for both Claimants and Defendants in a wide variety of personal injury matters, though has been in particular demand by Defendants and Defendant insurers of late. He covers the full spectrum of multi-track matters, including road traffic accidents, occupiers’ liability, public liability, employers’ liability and occupational illness claims. He also handles travel and holiday claims, along with industrial disease claims where appropriate. His extensive experience of all aspects of personal injury litigation at all levels, from drafting pleadings and giving preliminary advices through to applications, trials and the assessment of costs means that he has become the ‘go to’ barrister for some of the UK’s most prominent personal injury firms.

For Claimants, Colin is more than happy to accept instructions on a CFA basis when appropriate. In Defendant practice, Colin acts for employers, a number of regional local authorities, landlords and occupiers and the emergency services (notably Chief Constables and Fire Authorities in cases involving actions by officers against their employers). By deliberately acting for both Claimants and Defendants, Colin is able to offer a comprehensive and balanced overview of the issues and deliver robust, tactically useful advice that is both commercially aware and practical.

Colin accepts instructions as a led junior and in his own right in personal injury claims involving multiple injuries of the utmost severity, including those resulting in severe and long term physical and mental incapacity (including brain injury). He is well used to working with care, rehabilitation and occupational therapy professionals as part of a broader team to secure appropriate future provision for those unfortunate enough to sustain life-changing injuries.

A significant part of Colin’s practice continues to be in respect of settlement negotiations and mediation, including JSMs. He is called upon in some of the most complex cases to not only manage vulnerable and entrenched clients with tact, patience and respect, but also to bring his extensive procedural, evidential and tactical knowledge to bear in securing an optimal result. Here, Colin’s ability to quickly develop relationships of trust and confidence, as well as personal rapport, really shines.

As a complimentary suite of specialisms, Colin also regularly deals with:

Complementary and often intrinsically tied into to his clinical negligence and personal injury specialisms, Colin has specific experience in dealing with all aspects of fatal accident claims, including road traffic collisions, industrial accidents and cases of clinical negligence resulting in death. Clients appreciate his patient, tactful, though robust, way of working with personal representative and dependent clients from an early stage, including representation at inquests.

Colin tends to deal with high value and complex claims pursued under the Fatal Accidents Act. He has particular expertise in drafting Schedules of Loss and advising on quantum in conference in complex technical matters involving loss of dependency claims. He is also regularly instructed to attend and to represent both Claimants and insurers at round table settlement meetings.

Colin is also an experienced inquest advocate, advising and representing families at the Coroners Court across a range of different types of fatal accident including deaths in hospital. He is willing to consider acting on a conditional fee agreement basis in such instructions and any subsequent claim where appropriate.

Often closely connected to his busy personal injury practice, but as a standalone specialism in its own right, Colin regularly acts for Claimants and Defendants in claims where fraud has been intimated or alleged, as well as allegations of fundamental dishonesty. He provides an end-to-end advisory and advocacy service in this area, from advising in conference on evidence and tactics to appearing at trial. He has appeared against Leading Counsel in a number of matters involving motor claims fraud cases and alleged exaggeration of losses relating in particular to allegations of phantom passengers, induced accidents, fraudulent exaggeration and LVI.

A snapshot of Colin’s extensive employment experience includes appearing in:

Colin’s practical approach and thorough, methodical style set him apart. Professional clients in particular value his willingness to leave no stone unturned and his proactive ability to anticipate the hurdles in play in a set of proceedings, or at court, and to propose viable strategies to overcome them and secure the best result.

As a natural consequence of his many years of dealing with lay clients who have sustained life-changing injuries, or the relatives of deceased loved ones in the context of fatal accident claims, Colin has developed a tactful, patient and calm way of working. He is keen to take the time to ensure lay clients understand the issues and the next steps, a quality also particularly valued by his regular professional clients. In other areas of practice, this ability to quickly develop rapport means that Colin is particularly adept at advising those clients who have challenging needs to manage, through a robust and firm but tactful and tactically astute approach.