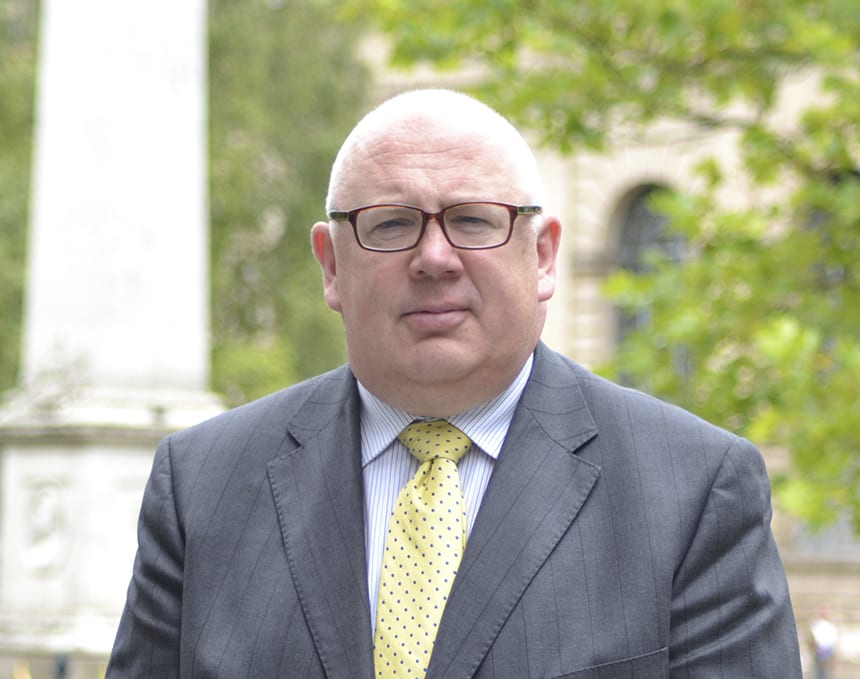 Andrew is a well-established practitioner in criminal law. He has been ranked consistently in Band 1 of Chambers & Partners. He is an “across the board” advocate: if the case involves an infringement of the criminal law, then he will undertake it to the best of his ability. His experience ranges from so-called “simple” cases of dishonesty to sophisticated fraud involving Bills of Exchange; from factually uncomplicated assaults to child homicide involving complex medical evidence.

He has regularly been instructed to defend and to prosecute in all types of sexual offences, frequently involving child witnesses. He has defended and prosecuted police officers and public body officials charged with misconduct in public office. Drugs cases frequently come his way. He prosecuted successfully a six-handed conspiracy to import cocaine and cannabis worth in excess of £40 million; he has defended in comparable cases.

He is a Grade 4 Prosecutor.

Andrew regards the existence of a dual practice as essential: this allows objectivity to be preserved and a calm approach to the evidence to flourish.

Andrew has a keen eye for developments in the law and appeared in the recent case of R v Ibrahim [2012] 2 Cr App R 32, where the law relating to hearsay and the right to a fair trial was extensively reviewed.

Andrew has extensive experience acquired in all forms of financial crime: swindling vulnerable victims, phone frauds on financial institutions, mortgage frauds, thefts from employers, raiding of the client account in solicitor’s office, frauds involving representations based on revolving Bills of Exchange, involving national and international banks, representation of baler of metal in long-enduring alleged theft of ferrous and non-ferrous metal; prosecution of case extending the concept of conspiracy to pervert the course of justice ( where financial enrichment was the objective).

Andrew has been involved in all types of homocide cases: gang killings, gangland killings, child killings (with complex medical evidence on brain injuries). He has experience of street fighting leading to death through subdural haematoma and other injuries. Experience of and capability to deal with complicated scientific (eg.DNA) evidence and pathological evidence. Andrew also has experience in somewhat obscure fields such as gait analysis.

Involvement in all types of road traffic and motoring offences ( including the technical contravention offences); experience of cases where foreign nationals have caused fatalities, necessitating detailed consideration of foreign regulations and tacograph requirements; knowledge of and experience in document offences ( eg Road Traffic Act Section 172); frequent involvement in cases requiring cross-examination of accident reconstruction experts and “back calculation” experts in drink-driving cases.

Andrew has defended and prosecuted in this field. Cases include ( but are not confined to): animal rights, where individual prosecuted for the manufacture and transmission of explosive devices, representation of members of the Outlaws motor cycle gang for numerous offences ( including the M40 murder case where a rival Hells Angel was executed ) and regular involvement in cases concerning the”Johnson Crew”, “Burger Bar” and “Raiders”. Appointed to CPS Specialist Advocates Panel (Serious Crime Group) in 2013.

Andrew has extensive and far-ranging experience in this field, including offences involving children of all ages and with challenging problems (eg Autism. Asperger’s Syndrome, ADHD etc), prosecution and defence thereof; involvement in cases with emotionally damaged victims and defendants; He has experience in drafting appropriate “bad character” and Section 41 “sexual behaviour” applications; full understanding of disclosure obligations impacting upon third parties.

"He is incredible. He fights for his clients and puts their interests at the front of everything he does." Chambers UK 2022
"He is a formidable opponent with a wealth of experience." Chambers UK
"He is good with all areas of criminal defence work." Chambers UK
Call us0121 246 7000