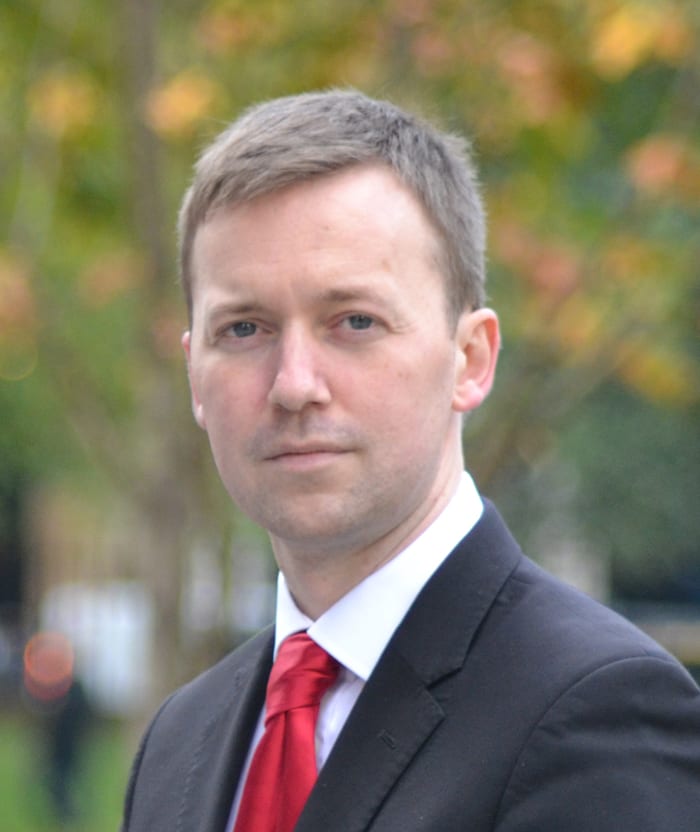 An employment specialist with complementary expertise at the complex interface of employment and commercial contractual dispute resolution, Alex is one of the most active employment barristers on the circuit. Clients come to Alex, in part, because of his all-round capability in the employment arena, as well as the measured, thorough and reassuring way in which he works. Alex also maintains a particularly lively advisory practice and is, quite increasingly, sought out on some of the most esoteric and complicated points of employment law, especially amid the ongoing global pandemic.

Comfortable in the appellate courts, and with several recent appearances before the EAT, High Court, and Court of Appeal, Alex’s robust and precise style of advocacy leaves no stone unturned, whilst also leading to practical and pragmatic results. Alex shines in matters requiring a deep analytical assessment of the prevailing issues and laws, and has the rare ability to boil down the most complex of issues into plain and easy-to-digest points, as well as provide his clients with viable, feasible and pragmatic options in the context of a litigation or dispute.

Aside from a thriving employment and wider commercial practice, Alex also has a personal interest in law practised across different jurisdictions, and the intersection of law and where different legal systems conflict. To that extent, he has a growing cross-border practice, which Alex’s global clients or UK-based clients with international operations particularly value. Alex brings a wealth of wider understanding and experience from a distinguished background in international relations and also in humanitarian work. Prior to becoming a barrister, Alex worked for the Permanent Delegation of Japan to the OECD – one of the world’s largest economic and development think tanks. A keen advocate against discrimination, Alex also worked an advocacy advisor for the AIDS Law Unit of the Legal Assistance Centre in Windhoek, Namibia, visited a Syrian refugee camp in northern Greece, and liaised with a legal NGO in Bangalore (India) working on building understanding between the judiciary and sex workers vulnerable to exploitation.

Alex intentionally maintains an evenly balanced Claimant and Respondent practice, which he finds often leads to practical and tactical advantages at the negotiating table and in respect of case analysis. Alex’s clients come from a range of industries and sectors, each valuing Alex’ versatile ability to drill down into the salient issues quickly and effectively. In recent years, he has acted for major global financial institutions, world-leading retailers, one of the UK’s most high-profile elite automotive manufacturers and various local authorities. Alex is also accredited to accept Direct Access instructions from members of the public and recently appeared in a highly complex employment case in the engineering sector involving consideration of South Korean and Mozambican jurisdictional points.

Well-established in the employment arena, Alex maintains an all-round practice and is regularly instructed in cases concerning all forms of discrimination, whistleblowing, all forms of dismissal, TUPE, holiday pay issues and working time issues. Alex also has a growing practice involving cases at the interface of employment and contract law and is regularly instructed in cases concerning restrictive covenants and breach of contract. Across all areas, Alex particularly shines in cases involving cross-border issues.

Alex’s complementary commercial dispute resolution practice is well established in its own right. Over the course of several years, Alex has been involved in cases dealing with possession, breach of directors’ duties, wrongful trading, High Court winding up petitions, County Court litigation over the terms of a lease, and mortgage applications, director’s misfeasance/breach of duty in an insolvency context and concerning commercial leasehold agreements.

Further, often directly connected to his employment practice, Alex has experience of dealing with the interrelated and overlapping issues at play in the hybrid area of commercial/employment law. These include restrictive covenants, company insolvency and the transfer of undertakings. In the latter, Alex has appeared (and succeeded) for the respondent to an EAT (and then Court of Appeal) appeal against a transfer of undertakings dismissal. The case has been widely reported as a guide to the modern law of TUPE.

Clients regularly comment that Alex ‘gives his all’ to cases and is a committed, dedicated specialist to call upon. Alex is known for his measured and reasonable approach, which means that he can balance the competing pressures in even the most protracted and exhaustively pursued cases to open up avenues to pragmatic and sensible results. Alex’s professional clients particularly value his ability to stay objective and to accurately forecast a result early on in a dispute; he anticipates how a case will be perceived by a judge. In court or tribunal; his cross-examination efficiently exploits the weaknesses in the other side’s case.

Aside from his expertise on the advocacy and advisory side, Alex also brings a wealth of commercial awareness to his clients, in part due to his extensive experience in practice and in part due to a rounded, international background prior to becoming a barrister. Alex’s clients comment that his perspective and pragmatism often unlock even the most difficult of issues and problems. As a consequence of that international background, Alex is fluent in French and Italian and a lifelong student of several other languages, both Asian and European. He is able to use this multicultural awareness and facility in communication to augment his practice, where needed.

The Honourable Society of Lincoln’s Inn

“We always appreciate your carefully reasoned and well-written advice. You always hit the nail on the head.” Regular solicitor client
“I would like to say thanks again for the work you have done for me and mention my satisfaction… your valuation advice gave me a clearer perspective on the requirements I need to meet in order to be well prepared for tribunal” Direct Access Client
“I was deeply impressed by your advice” Regular solicitor client
Call us0121 246 7000