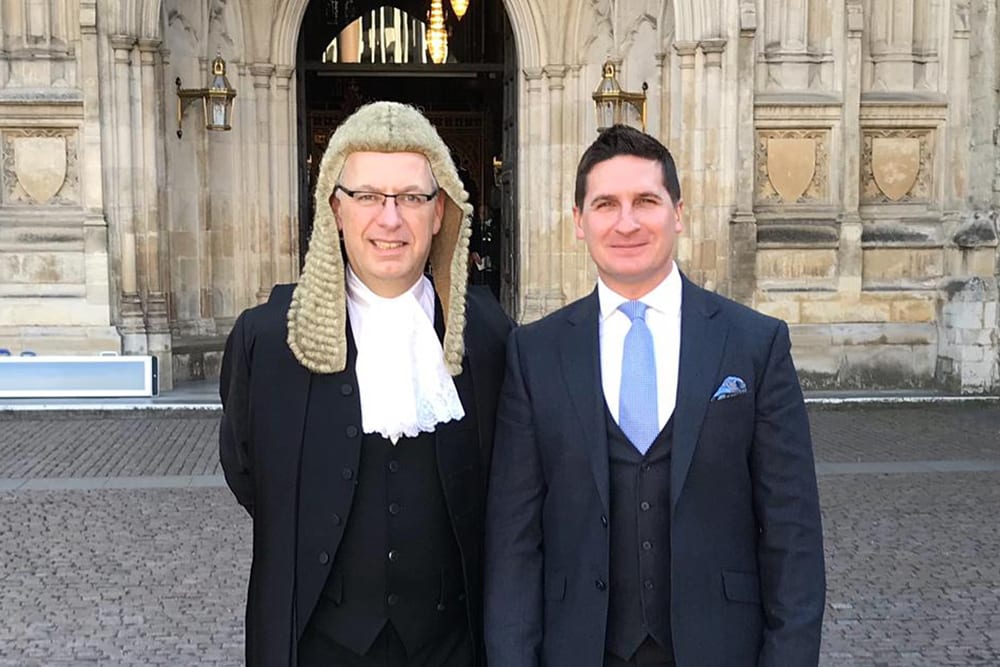 Joe was also fortunate to attend the swearing in of former member of No.2 Fountain Court/St Philips Chambers, Sir Andrew McFarlane as President of the Family Division.

During speeches given by the Lord Chief Justice and in reply on behalf of the Bar by former Leader of the Midland Circuit and Chairman of the Bar elect Richard Atkins QC, there were references made to former head of No.2 Fountain Court and former President of the Family Division, Sir Stephen Brown as well as former head of the St Philips Family Team, the late, great David Hershman QC.

Not only was this a proud day for both Joe and Richard (pictured outside Westminster Abbey above), but also for everyone associated with St Philips Chambers.