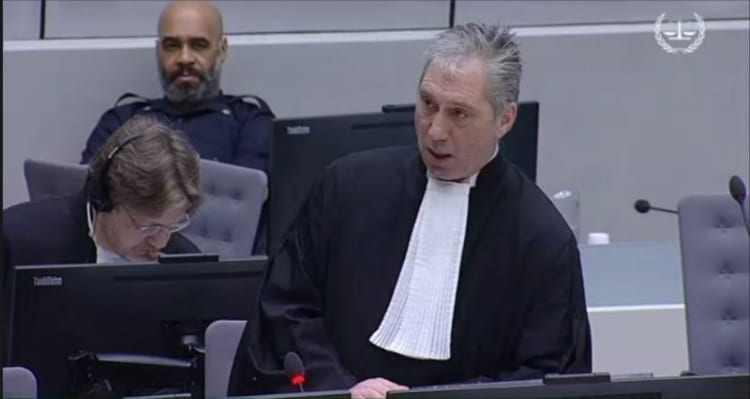 Peter Haynes QC and Kate Gibson are currently presenting oral arguments before the Appeals Chamber of the International Criminal Court (“ICC”)  in the case of Jean-Pierre Bemba. The case is only the second case to reach the ICC appeals chamber post conviction, and involves consideration of the definition of Crimes Against Humanity before the court, as well as, amongst other things, the proscription of the proper limits of command responsibility. The Judgment, which is expected before the end of March 2018, will inevitably be the leading authority in international criminal and humanitarian law (“ICHL”) for at least the next two decades. The legal team for the defence included Professors Kai Ambos (Germany) and Mike Newton (USA), two of the world’s leading academic commentators on ICHL. The panel of judges considering the appeal includes His Honour Judge Howard Morrison QC, a former judge of the Crown Court in Birmingham and member of 7 Fountain Court, as was.

Further information about the case can be obtained by following the below links.