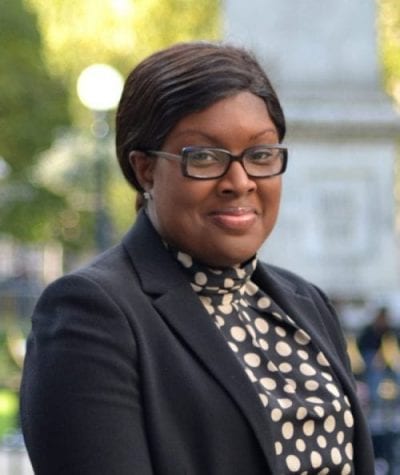 Yolanda is ranked in Chambers UK and as a Leading Junior in Legal 500. She is also a founding Board Member of Women in Family Law. Yolanda has a particular emphasis on complex public law children. Yolanda specialises in all aspects of child law with an extensive background in all aspects of public law, private law children work, Forced Marriage (including FGM), Brussels II, Wardship and Inherent Jurisdiction.

Yolanda has an extensive background and experience of representing local authorities, parents and children in public law cases involving serious injuries to children, FII, fractures, bruising, attempted suffocation, sexual abuse (including subject child as victim and perpetrator), complex medical issues, mental health, including parents who require the assistance of the Official solicitor (acting for both parents via the Official Solicitor) and child death. In addition, Yolanda has experience of representing both parents and local authorities in adoption proceedings.

In private law children work this includes representing parents, grandparents, children and all other family members in cases involving child arrangements orders including high conflict and intractable disputes (including involving 16.4 appointments), applications to remove children from the jurisdiction, applications to relocate children within the jurisdiction, specific issues relating to education, medical and religion, issues of mental health, fact-finding hearings and domestic abuse within families.

Yolanda is known for her meticulous preparation of all of her cases, being able to quickly and expertly get to the core of any dispute and known to be uncompromising in her approach for any client, ensuring they receive the best and most robust representation.

Yolanda has experience before all levels of judiciary including the Court of Appeal.

Re L [2017] representing Children in care proceedings in the High Court where parents had subjected child to gross neglect, bullying and abuse

Association Of Lawyers for Child (ALC)

"She's really effective and excellent with clients, and her advocacy and preparation are very good." Chambers UK 2022
"She's a very calming influence in any case and is utterly unflappable." Chambers UK 2022
"Yolanda is a first rate advocate whose attention to detail is second to none. She brings a calmness to her client's case; a sense that her client is in safe hands and will do all that can be done to achieve the best outcome." Legal 500
"She's an excellent advocate who is always very well prepared and provides very effective written material. She has a clear eye on the pertinent issues in a case, and an excellent rapport with clients." Chambers UK
"A commanding advocate who is always thoroughly prepared." Chambers UK
"Through dedicated preparation and razor-sharp advocacy, she ensures the best results for her clients." Chambers UK
"Very well prepared and unflappable, I have absolute confidence in her abilities." Chambers UK