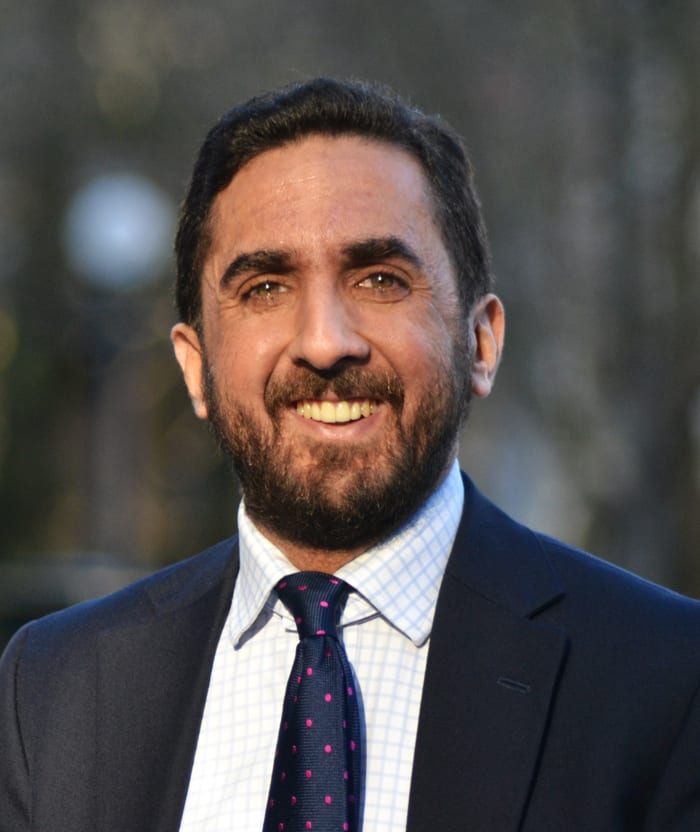 Rajinder Gill is an experienced specialist in serious crime and regulatory law who is regularly involved in high profile and complex cases attracting both national and local media coverage. He has been instructed in a wide range of cases including murder, multi million pound frauds and, organised criminal activity. A committed, forceful but measured jury advocate, he is dedicated in his preparation but also prides himself on being friendly and approachable. As well as serious crime and fraud, he has experience in professional discipline matters having represented a number of nurses, social workers and, other professionals before their regulatory bodies.

Rajinder is returning to the Midlands circuit having practised in London for over 15 years. He has a national practice appearing frequently in the Midlands and the South East.

Rajinder has been instructed to defend in a number of allegations of murder. He has also defended alone in multi-handed allegations of attempted murder.

Rajinder is increasingly instructed in multi-handed cases involving allegations of organised crime. He is very experienced in dealing with cases that rely largely on mobile telephone and cell site evidence, covert observations and recordings by undercover officers.  In such cases he is known for identifying the key issues, and taking a strategic approach to best present a defendant’s case.

Rajinder has had considerable success in defending serious sexual offences. He is well experienced in sensitive cross-examinations of children witnesses. A number of the cases he has been involved in have attracted national media attention.

Rajinder has been involved in several complex frauds involving careful preparation and consideration of large numbers of financial documents. Although frauds are often document heavy Rajinder is able to strip the allegation down to its core issues enabling complicated cases to be presented simply to juries.

Association of Regulatory and Disciplinary Lawyers

'Rajinder has the ability to relax his clients and obtain the best from them in terms of both extracting information and giving evidence. His attention to detail is second to none and his skilful, quiet advocacy is powerful.' Legal 500 2022
‘His style is admirable and his work ethic impressive.’ Legal 500 2021
'He has the ability to grab the bull by the horns in cases of complexity.' Legal 500
Call us0121 246 7000