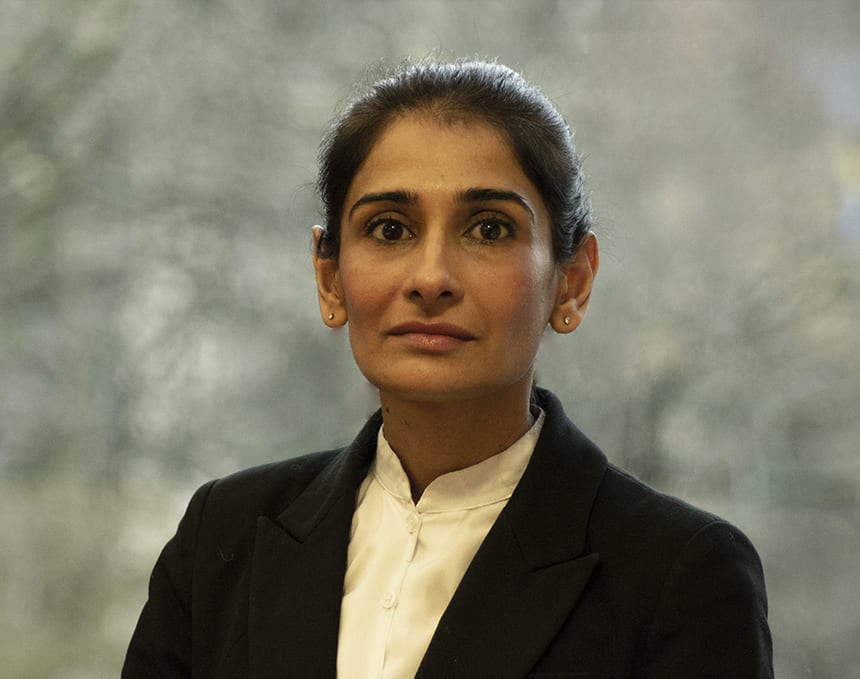 Raj has a thriving Criminal prosecution and defence practice in all areas of crime. She is a highly experienced practitioner. She regularly appears in the Crown courts and Court of Appeal. In particular she is regarded as a very persuasive and articulate advocate.

She is charming and personable and has excellent communiaction skills.

Having qualified as barrister Raj taught the English Legal system for three years at 6thForm College in Oxford, she then came to Midlands where she got tenancy.

She is a keen traveller, she has travelled round Australia, India and Tanzania, there she climbed Kilimanjaro.

She is fluent in Punjabi and can speak basic Urdu and Hindi.

Raj is a Grade 4 Prosecutor.

Raj was the prosecution junior in one of the first football bribery cases in the UK under the new legislation. There were two prosecution trials Sankaren and others involved the bribery of footballers to throw matches, the second trial was the Prosecution of Delroy Facey ex Bolton player and Moses Swaibu, both were convicted of football bribery in April 2015.

Raj is on the panel for Serious Organised Crime.

Raj Is a prosecution rape specialist. She has prosecuted and defended serious sexual offences. She has a wealth of experience in cases invloving young children and vulnerable victims and defendants.

Raj is a on the Posecution panel as a Rape specialist.

Raj has a vast experience of prosecution and defending Fraud cases. She has been involved in numerous cases under the Proceeds of Crime Act both defending and prosecuting.

Raj is on the Prosecution panel for Fraud.