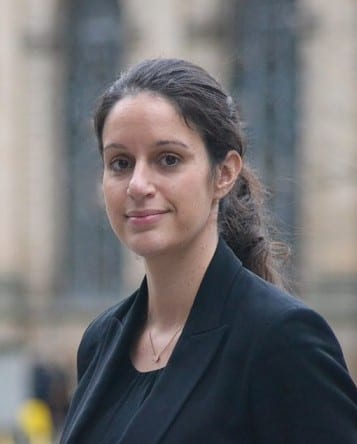 Lisa is instructed in serious and sensitive cases. She is a Grade 4 Prosecutor and has been appointed to the Rape and Serious Sexual Offences Panel and the specialist Serious Crime Panel.

Lisa has been led by Queens Counsel in high profile cases of child homicide. She is briefed as a leading junior in cases of offences against children including non-fatal violence and serious sexual offences. Lisa has considerable experience in cases involving complex medical evidence and accepts instructions to advise pre-charge in cases of this nature.

R v Monaghan: Lisa was prosecution junior counsel led by Queen’s Counsel in an 11-week trial that resulted in the defendant being convicted of all counts, namely murder of 2 young children by imposed airway obstruction; attempted murder of a third child on 2 occasions; and murder of an adult by poisoning 3 years later. The case involved medical experts in 11 different fields. A life sentence with a minimum term of 40 years was imposed.

Lisa is regularly briefed as junior counsel in cases of Murder and Manslaughter:

R v Monaghan: Lisa was prosecution junior counsel led by Queen’s Counsel in an 11-week trial that resulted in the defendant being convicted of all counts, namely murder of 2 young children by imposed airway obstruction, attempted murder of a third child, and murder of an adult by poisoning 3 years later.  The case involved medical experts in 11 different fields. A life sentence with a minimum term of 40 years was imposed.

R v Loasby: Lisa was led by Queens Counsel for the prosecution in a case of Manslaughter. It was alleged that the defendant had caused the death of his 5-month-old step-daughter by inflicted head trauma. Conviction secured.

R v Sanderson: Junior counsel for the defence. Client indicted with Murder and s.18 wounding both involving the use of a bladed article on separate occasions. Joinder/severance and bad character arguments heard as part of a lengthy trial.

Lisa was prosecution junior led by Queen’s Counsel in R v Thompson; a case of abusive head trauma to a 7-week-old baby.  The father of the child was convicted after trial. The case involved complex and voluminous medical evidence.

In the case of Operation Manta Lisa was prosecution counsel led by Queen’s Counsel; the defendant was convicted after trial of assaulting her 7-week-old baby. Experts in the fields of neuroradiology, neurosurgery, paediatrics, and ophthalmology were called during trial. It was proved that numerous injuries had been inflicted including a fractured skull, multi-compartmental bleeding in the brain, multiple haemorrhages in the eyes and bruising to the child’s face and body.

Lisa has been appointed to the specialist prosecution panel for Rape and Serious Sexual Offences (Grade 4). She is often instructed in cases of serious sexual offences particularly those involving offences committed against children. She is adept at dealing with the complex law in this area. Lisa has been briefed by the prosecution and defence in cases involving individuals who are vulnerable by virtue of age, trauma, psychological or psychiatric diagnosis and she is skilled at dealing with such sensitive cases.

R v S: Defended an elderly defendant charged with historic rape of his step-daughter, rape of his former partner and sexual assault of his Granddaughter.

R v L: Defended in a case of sexual activity with a child and indecent assault of a 4 year old.

R v M: Client acquitted after trial of all counts including rape of a 6-year-old girl and indecent assault of a second young child complainant.

R v N: represented a youth charged with rape of a girl under 13. Application for Judicial Review of the decision to prosecute resulted in the Prosecution reviewing their charging decision.

R v E: secured a conviction in a case of historical sexual assault where the child complainant was so psychologically traumatized that she refused to communicate with any male including professionals.

R v B: Led junior counsel for the prosecution in case of sexual abuse by a care worker of a child in a care home. Very sensitive case attracting much media attention.

Operation Barzini: Client already serving an IPP sentence for previous child sex offences was unanimously acquitted by the Jury of 3 counts of rape of a child following a 3 month trial.

R v H: Client required an intermediary at trial. He was acquitted of all counts of historic indecency with a child.

R v G: Represented a 16 year old defendant charged with offences against a fellow student of the same age contrary to sections 2, 3 and 4 of the SOA 2003. Case was extremely sensitive due to the ages of the parties involved.

R v A: defended a teacher charged with sexual activity with a pupil at his school