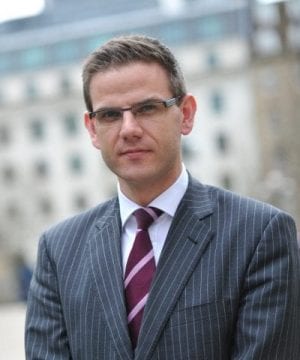 Christopher is a children law expert and practices exclusively within this field. He is joint Head of the St Philips Children Law Group and a Recorder deployed to sit on the Northern Circuit. He is very well respected both for the quality of his advisory work and courtroom advocacy. He has an excellent reputation for meticulous preparation, sensitive client care and being appropriately robust and pragmatic. He regularly appears before High Court judges and has previously been shortlisted for the “Birmingham Barrister of the Year” award. He provides regular legal training and is an approved pupil supervisor.

Some of the complex cases Christopher has been instructed in recently are as follows:

Christopher has vast experience in complex and difficult public law cases and represents all the various parties. He has a detailed knowledge of the children and adoption legislation and associated case law. He has particular expertise in cases involving:

Many of his cases have resulted in lengthy fact finding hearings in the High Court involving thousands of pages of evidence and extensive medical opinion which is often in conflict.

Christopher also conducts matters to appellate court level, including the Court of Appeal. He provides regular public law training to solicitors, local authorities and other professionals involved in this arena. This has included seminar presentations and he has also been the lead barrister in delivering a number of court skills workshops.

"A first choice of barrister in care proceedings due to his skill as an advocate, his experience, his forensic approach to cases and his approachability." Chambers UK 2022
"His ability to represent his client compellingly and assertively while remaining cordial, calm and reasonable distinguishes him." Chambers UK 2022
"Chris is always extremely well-prepared to represent clients at meetings and hearings. Underlying this is a thorough understanding of family law, but the more distinguishing quality is the ability to represent clients compellingly and assertively while remaining cordial, calm and reasonable." Legal 500 2022
"He has an encyclopedic knowledge and is always approachable and on hand for advice at any point during a case." Chambers UK 2021
"He is very competent with highly complex cases involving complex medical evidence." Chambers UK 2021
‘A popular choice for difficult cases, who presents a strong case and is always well-prepared.’ Legal 500 2021
"Particularly notable for his public children law work." Legal 500
"I have found him to be approachable, helpful, clear and considered in his advice. The structured and organised way in which he works is extremely helpful to the instructing solicitor in case preparation and his understanding of the law is very impressive." Chambers UK
"He's accessible, thinks things through carefully and provides a really good service." Chambers UK
"Intelligent, articulate, thoughtful, balanced and clear. He is liked by judges, clients and other advocates, and has an excellent cross-examination style." Chambers UK
"Bright, very well prepared and a clever, effective advocate." Chambers UK
"An expert in child law matters." Legal 500